Doctor Who 50th Anniversary: The Aztecs 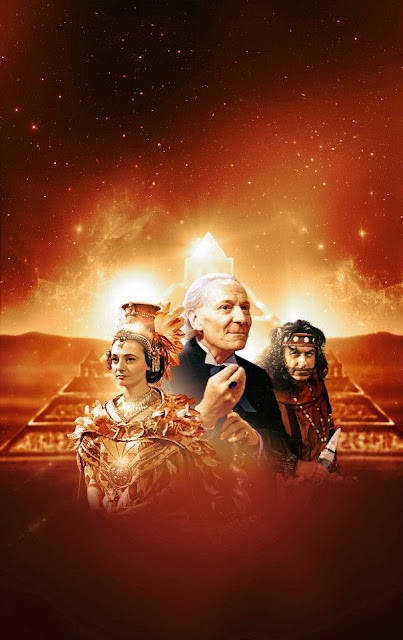 Doctor Who:
The Aztecs
By John Lucarotti

"But you can't rewrite history! Not one line!"

The Aztecs is the second trip to the past for the TARDIS crew and this time it is to one of the more hostile or maybe barbaric in Earth’s history.  The TARDIS lands in 15th century Mexico at the height of The Aztec society.  Barbara is mistaken for the Priestess Yetaxa who the Aztecs believe has returned from the dead and thus is a god.  Barbara sees her chance to try and save the Aztec people by trying to get rid of sacrifices against the advice of The Doctor.  Now they have a bigger problem as the High Priestess of Sacrifice Tloxol has his doubts if Barbara is who everyone thinks she is. 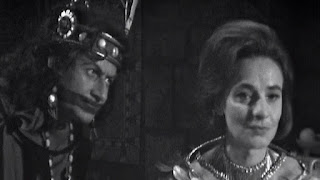 This isn’t a particular favorite story of mine.  In fact it’s one of the least watched in my DVD collection.  Not particularly sure why I don’t enjoy The Aztecs as it is the one story that starts off the can’t change history aspect of Doctor Who.  It is a pretty strong story as you can see how The Doctor was right and no matter how hard she tried you knew Barbara was going to fail. 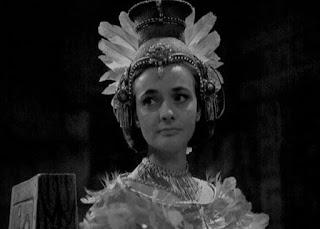 The Aztecs mainly was a Barbara story and it helps develop her character a lot.  It shows that she isn’t just a female that screams all the time but a strong woman who is strong minded and won’t back down from anyone.  It is very evident here as she goes toe to toe with The Doctor.  Plus she also holds her own against Tloxol as he tries to get the upper hand against her.  Barbara does well in an Aztec society that considers woman as second class citizens and seeing her trying to change the Aztecs shows you something of what she is made of. Barbara, and Ian for that matter, do not usually get much recognition possibly because of the era they derive from but you definitely could use them as a blue print to what a good companion should be like and in Barbara’s case The Aztecs surely showcases that. 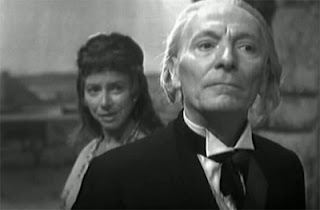 There are some fine moments in this story two that come to mind is The Doctor arguing with Barbara over trying to change history.  You get a really good take charge presence and Hartnell really sounds like The Doctor we all know.  Probably one of the more comical and touching scenes is when The Doctor makes cocoa for Cameca and well according to Aztec custom gets engaged.  It is a really funny scene as The Doctor thought he knew the custom but ended up not knowing and the look on his face when he found out was priceless.

Even though The Aztecs is not high on my favorite list you can’t deny the strength of the story and what it means to Doctor Who from this point onward.  The Aztecs is a true historical which has some fine moments and one that is written very well.
Grade B +
Posted by DR5WHO at 7:43 PM