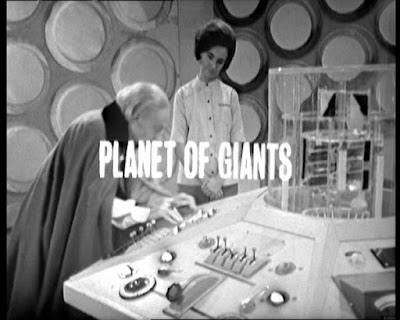 Planet of Giants
By Louis Marks

“These things haven't been made bigger. We've been made smaller.”

The first story of season two is Planet of the Giants which in itself is a pretty clever story.  Something went wrong with the TARDIS during dematerialization and the whole crew ends up being shrunk to a very small size. So much so that things in everyday life are a bit more of a danger to them than it would be if they were normal size.  Things like cats, fly’s, and worst of all insecticide that unfortunately Barbara got all over her hands and it is now slowly killing her. 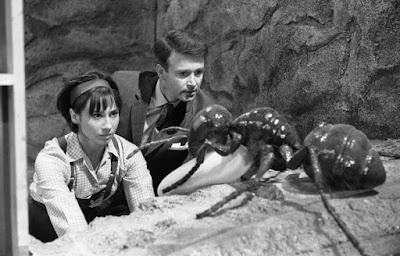 Planet of Giants is a pretty neat story.  Here you have the TARDIS crew trying to cope with being at a really small size.  You see them trying to cope with being so small and trying to figure out what to make of what is going on especially with a murderer lurking around.  That’s the part of the story that I do not care for all that much.  The part of the story that dealt with Forester and Smithers arguing over what to do with DN6 and trying to get it out for the public to use even though it is very hazardous to the health of everyone living on the planet.  I just didn’t really care all that much about that aspect of the story. I had no interest in that part of the story as I thought it was boring.   I just thought what The Doctor, Ian, Barbara and Susan were up to was far more interesting. 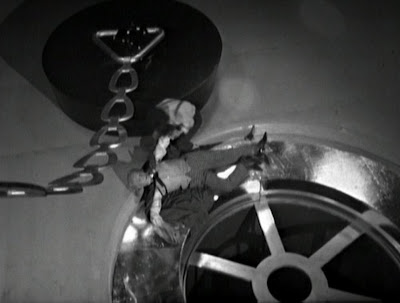 With that said I did like seeing them all at a disadvantage of being tiny and scrambling around and hiding from cats and people walking and a sink being filled up with water.  Planet of Giants is a pretty cool idea for a story and pretty original for a sci – fi story.  The concept works really well for Doctor Who as you have so many things that the Doctor needs to figure out and come to grips with.  Really liked how the whole crew came together to help do some of the easiest tasks for normal size people like lifting the phone of the receiver.  Planet of Giants is a different type of Doctor Who story that had some humorous moments but was brought down by a boring side story.
Grade C+