Doctor Who - Synopsis For The Darkness of Glass 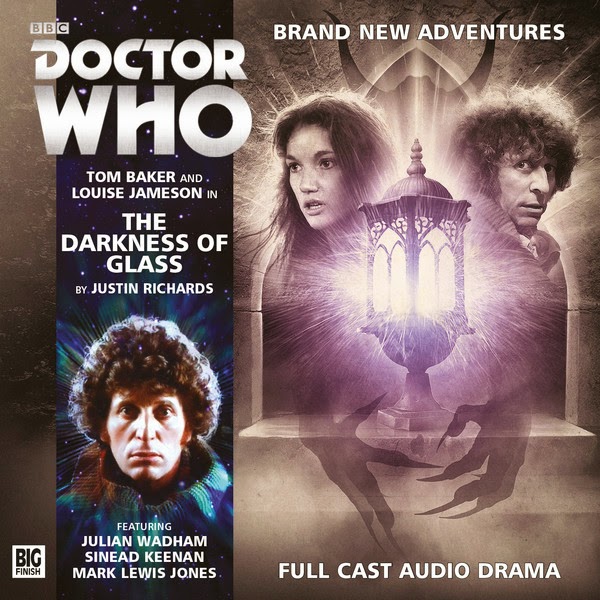 This months 4th Doctor Adventure takes place on an island in the year 1907 and it might be a ghost story.  It stars Tom Baker and Louise Jameson reprising the roles that have made them famous in Classic Doctor Who.  You can get this adventure from the Big Finish website.
http://www.bigfinish.com/releases/v/the-darkness-of-glass-938

Cut off from the TARDIS, the Doctor and Leela find themselves stranded on a small island.  But they are not alone.  It is 1907, and members of the Caversham Society have gathered on the hundredth anniversary of the death of Mannering Caversham, the greatest Magic Lanternist who ever lived.

But Caversham was also a supernaturalist who claimed to have conjured up a demon from the depths of hell. As people start to die, the Doctor begins to wonder if Caversham’s story might have more than a grain of truth in it. Can the Doctor and Leela discover what really happened to Caversham a century ago?  And if they do, will they live to tell the tale..?