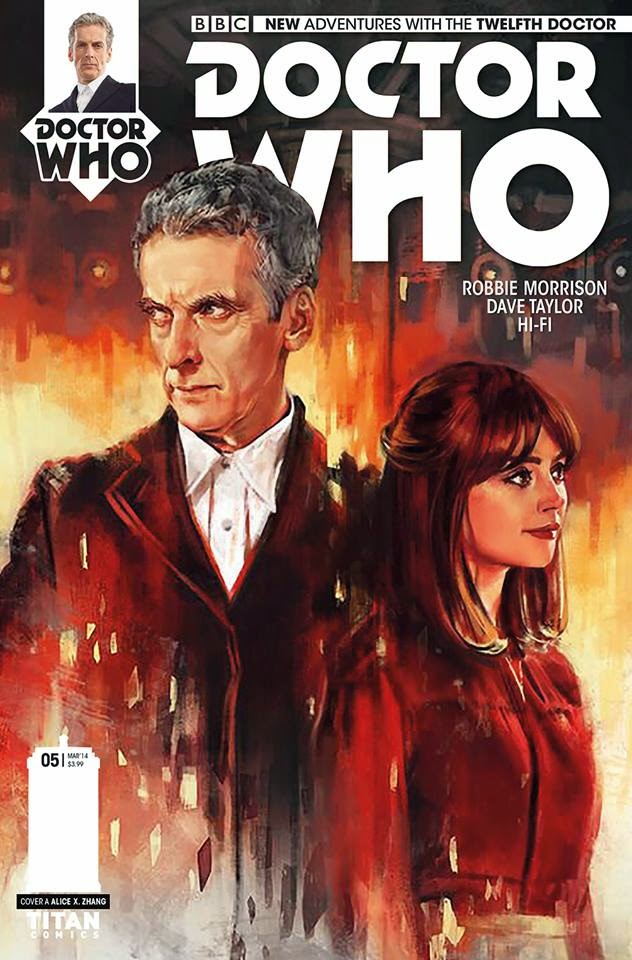 Out today the 5th issue of the 12th Doctor Comic Book by Titan.  Will The Doctor be able to save Clara from her fate?  Find out today.

Doctor Who: The Twelfth Doctor issue #5 by Robbie Morrison and Dave Taylor!
The Doctor and Clara and their allies are split between two time zones, as the clock counts down to the resurrection of the vengeful Kali! Will an ageless cult succeed where so many villains have
failed? What chance does the Doctor have against a plan that has been in motion for thousands of years? Find out in the pulse-pounding finale of The Swords of Kali! 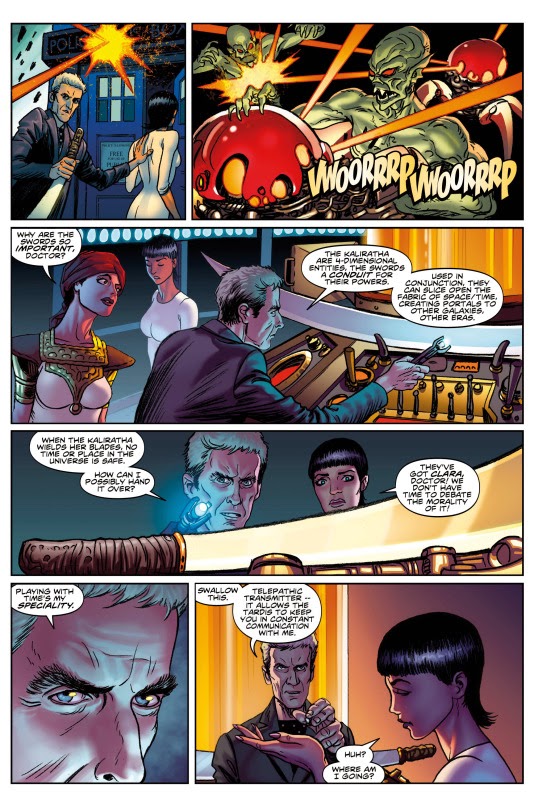 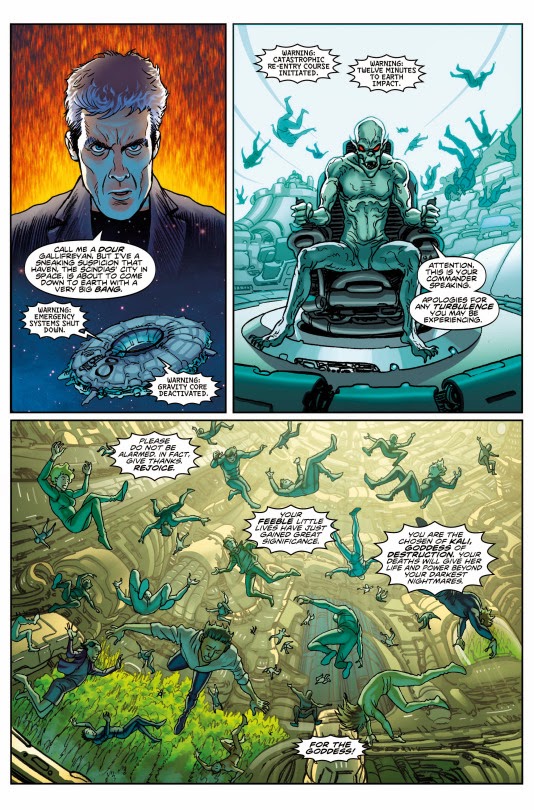