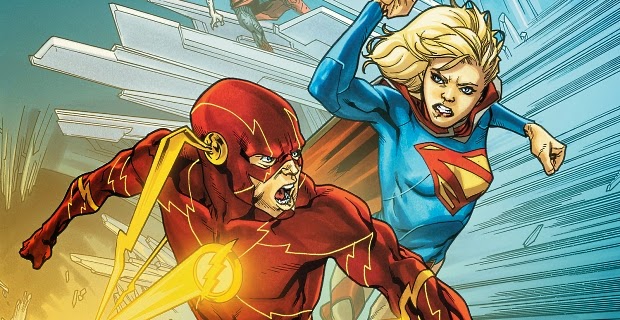 Forget the movies. That particular battle between DC and Marvel doesn't really get interesting until next year. Right now the battle is on television and while they are not really going against each other head to head, it is still interesting to see how both sides are amping up their game with their current and future series. There is so much going on right now and I am not even dealing with the animated series. 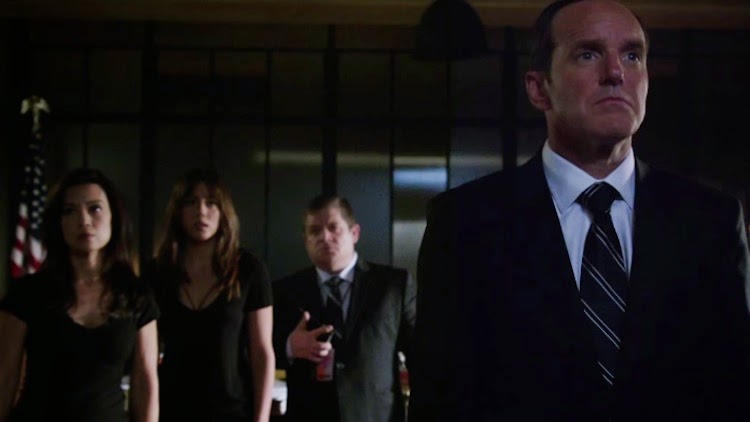 Starting with Marvel is a bit easier because they have less programming right now. Actually, only two. Agents of SHIELD and Agent Carter are taking turns keeping Marvel on the TV map right now. Agents of SHIELD is in its second season and has been on a roll since mid season last year. Ever since people started spouting “Hail Hydra” the show has been on fire. The characters have a direction and an urgency. They are not in control and in a comfortable situation. They are fugitives and being hunted by the government and Hydra. New characters and an overall well written story arc has really brought this show into its strengths. The action is top notch and the humor is all clicking along with the drama. The thought that there may be some kind of connection with the upcoming Avengers movie is also getting a bit exciting as is everything going on with Skye and the upcoming Inhumans movie story.

Despite all this, the series has bottomed out with its ratings earlier this season. The show debuted last season at over 12 million and is now ranging between 4-5 million. It is interesting to note that many people love the show and its direction and yet the 7 million people who are no longer watching it don't seem to care. Last season the show never fell below 5 million and yet this year it has six out of ten times. The primary reason might be that it is up against a NCIS show. I always have said that in the movies, Marvel can do no wrong and on TV, NCIS can do no wrong. They can have a NCIS: Bangor and it will be watched by over 15 million.

Agents of SHIELD is not doing so well and there is no guarantee it will come back for a third season. That would be a shame as it is a better show and its connections with the movie universe, while thin at times, is still a great way to cross promote and generate interest. 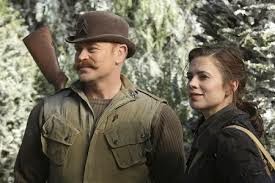 Agent Carter recently proved a fact in TV ratings. The lower ratings does not mean its bad. The most recent episode at the time of writing this was called “The Iron Ceiling” and was the show's best yet. Peggy Carter, an agent who is told to take food orders for the agency, goes back to her element and fights along side the Howling Commandos in an action packed story that also sees a glimpse of the Black Widow Ops that our own Natasha Romanov (Black Widow) is a product of and we should see a bit more of this in the upcoming Avengers movie.

Despite a cracking episode, it is the lowest rated episode to date. I guess NCIS: Springfield was on that night. Still, the show has managed to get close to 7 million.

The show is pretty spectacular as well. The connections to Captain America, SHIELD, the Stark family and so on are numerous but the story of spies and 40's adventure is well produced and I really hope this is picked up for a second season. 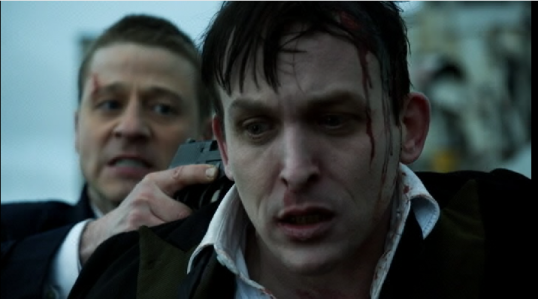 Now DC has Gotham, The Flash and Arrow. Gotham is a perfect look at a pre-Batman era with the origins of various villains and the emergence of Jim Gordon. This show has a bit of an anti climatic feel to it and unless future seasons speed up time, we are not going see Batman AKA – Smallville with Superman. Still, what makes this show interesting is the corrupt politics and shady mobs and the game of power going on. The cast of characters is outstanding with Robin Lord Taylor highlighting the ensemble as Penguin. The dark feel is handled well and it all fits in perfectly.

Gotham is not up against NCIS Flushing, NY.
The ratings have bounced between 5-7 million but has nothing to worry about as it has already been renewed for a second season. The show is holding its own fairly well against the opposition which includes garbage such as the inconceivably popular Bachelor show. Good news, 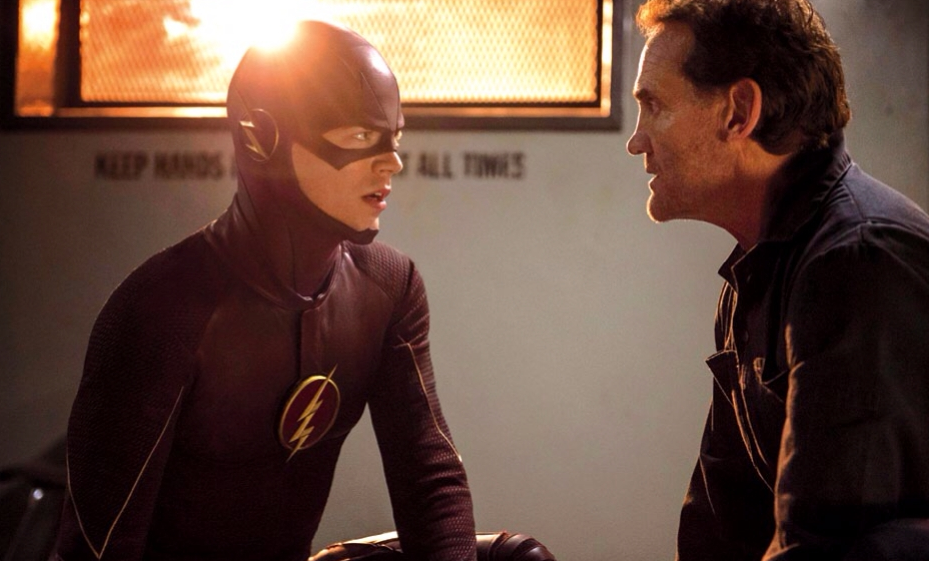 The Flash is a fun show. This is an action packed funny entertaining program that is doing lots of things right. The cast works well and there is enough going on with the big picture that it has stayed fresh. CW likes the ratings between 4-5 million and has already renewed it. This show IS going up against an NCIS show, I think NCIS: Walla Walla and doing very well. 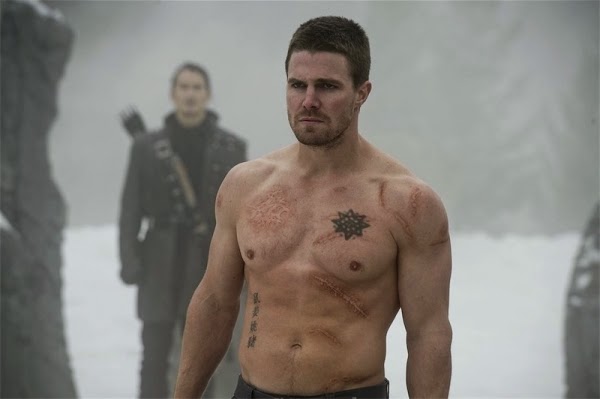 Arrow is also doing well but has flirted with high 2 millions. Still, a renewal for its 4th season has already happened. The show is a darker version of the DC universe but fits in well with its sister show, The Flash. The crossover the two shows had earlier in the season worked well and really shows the strengths of both shows and how they are great flagships for the network.

I love what both of these shows are doing in creating a universe of heroes and villains. I am especially looking forward to the inclusion of The Atom. I loved when Smallville brought in more heroes and if these franchises do this, without over doing it, it will be cool! 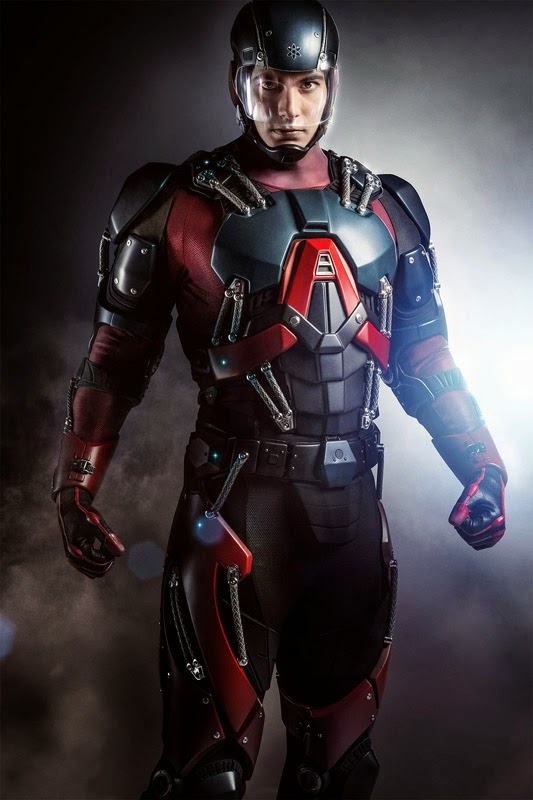 I have already talked about how DC has done better in the television front, mostly because they are bringing in some of the main characters. Marvel is all supporting characters up to this point. Now I believe DC on TV can survive when their movie counterparts debut, but it may be awkward.

Now both Marvel and DC have new shows on the horizon that could change this television landscape a bit. Supergirl is going to be on CBS so it may not link up with Arrow and The Flash which is a shame because I want it all connected!!! Still, the show is being written and produced by Greg Berlanti who also works on those other shows so perhaps...

Supergirl appears to be more like Smallville and so the jury is out on this. The difference might be that Kara already has had her powers for a while and won't be growing into them as Clark did in Smallville.

Marvel is debuting Daredevil and AKA Jessica Jones and while I know little of the Jones character, Daredevil is a well known hero and it will be interesting to see how the show does both creatively and with ratings. DC laughs at these shows because they are debuting on Netflix. Despite this, Netflix is becoming a bigger player for programs and if these shows do well they would at least open the door for more Marvel characters on Netflix and potentially a move to network TV. 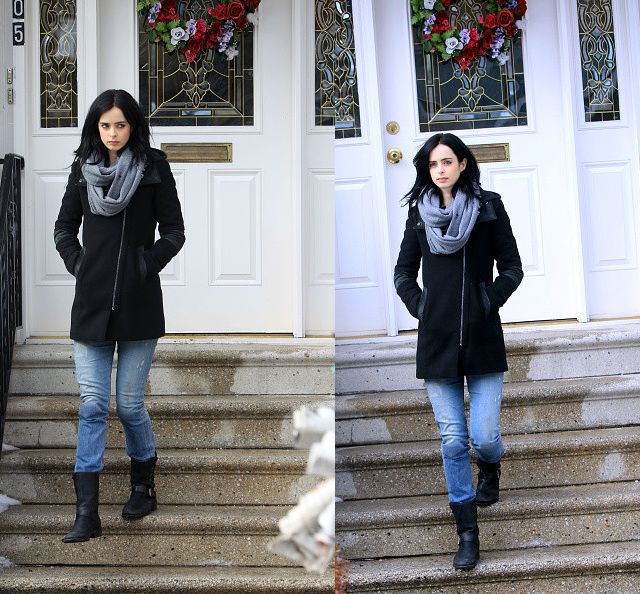 So DC is winning the small screen battle for sure but Marvel is starting to focus more attention in the area of television. It would seem logical that Marvel could exploit this audience but its series are bigger networks with a higher expectation for ratings. Perhaps DC recognizes the need for superheroes on TV and has done so for years. It's inability to bring a new Wonder Woman series to light is its only mis-step, one that might not be a priority with the theatrical movie on the horizon.

I have confidence in Marvel but uncertain the quality control will be present with the upcoming Netflix series. If they are able to succeed with Daredevil and AKA Jessica Jones you may see the flood gates of new series on both the networks and Netflix – good news for comic fans all around.