Doctor Who - Synopsis For Equilibrium 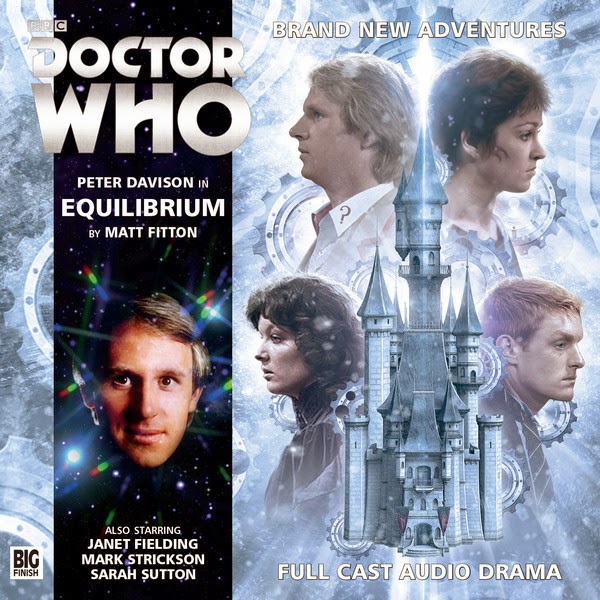 This month's Main Range release sees The 5th Doctor and his companions still in E - Space trying to find a way out.  It stars Peter Davison, Janet Fielding, Sarah Sutton and Mark Strickson.  You can order it from the Big Finish website.
http://www.bigfinish.com/releases/v/equilibrium-868

Still looking for a way out of E-Space, the TARDIS crashes to Isenfel - a realm of snow and ice. Snarling beasts stalk the frozen plains, a feisty princess leads the hunt, and a queen in an ice palace rules over her loyal subjects.

But this is no fairytale kingdom, and everyone in Isenfel knows the price of survival. While Nyssa and Tegan uncover deadly secrets hidden in the palace, Turlough flees for his life across the tundra.

And as for the Doctor... he only ever wants to change things for the better. But in a world such as Isenfel, such a hope may not even be possible.