Doctor Who - Comic Book Synopsis For Doctors 9,10 and 12 Series 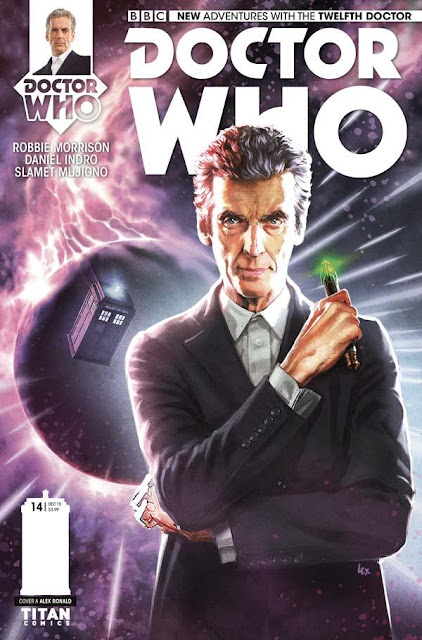 THE STARS GO OUT, ONE BY ONE! It's the penultimate part of 'The Hyperion War', and things are looking bad for the Doctor and Clara! With the returning Hyperions having laid waste to whole portions of the Earth, the Doctor attempts to regain the initiative by moving the battleground into space, aboard the Hyperions orbital armada... But these ancient solar entities are building a superweapon around the sun - and eternal darkness could be the result! 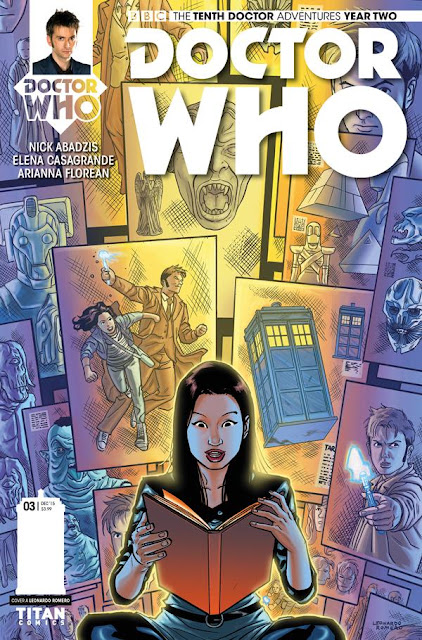 Gabby's best friend Cindy remained on Earth at the end of her last adventure with the Doctor – a decision Cindy immediately regretted! Now, with only Gabby's sketchbook of unseen adventures to guide her, she must find her way back to the Doctor... but sinister forces already have her under surveillance! 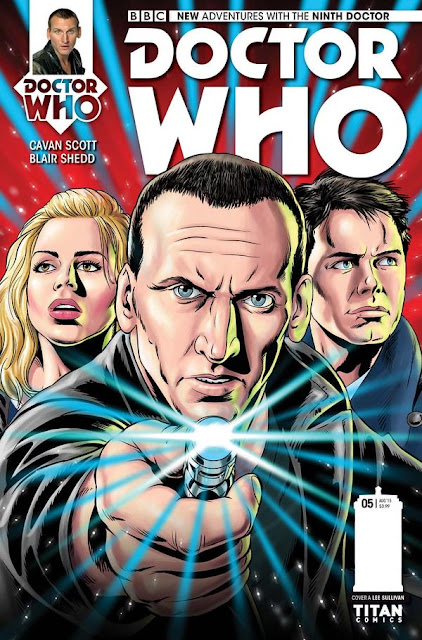 • 'Weapons of Past Destruction' concludes!

• Did we really just read last issue's staggering cliffhanger? Has one of the Doctor's beloved companions flipped sides?

• The final conflict between the Unon and the Lect – will one of them take the Time Lords' place as the guardians of the universe?

• One more outing with the Ninth Doctor, Rose and Captain Jack! If you want more – you have to let us know!!!

Doctor Who
The 9th Doctor
Issue 5