Doctor Who - The Legends of Ashildr Synopsis 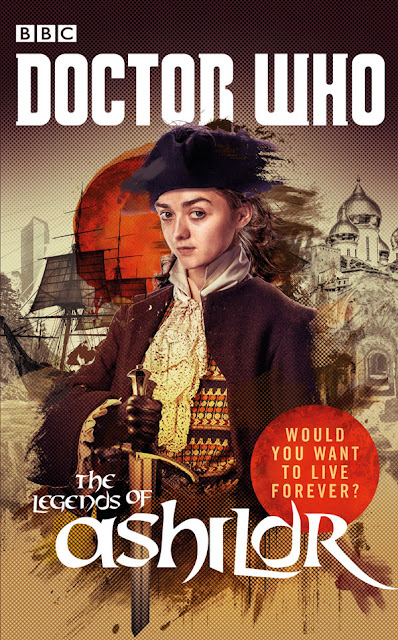 Out now is a book based on the Maisie Williams series 9 character Ashildr.  If you are a fan of this character and want to know what she was up to while she was immortal and was living her long life.

Ashildr, a young Viking girl, died helping the Doctor and Clara to save the village she loved. And for her heroism, the Doctor used alien technology to bring her back to life. Ashildr is now immortal – The Woman Who Lived.

Since that day, Ashildr has kept journals to chronicle her extraordinary life. The Legends of Ashildr is a glimpse of some of those stories: the terrors she has faced, the battles she has won, and the treasures she has found.

These are tales of a woman who lived longer than she should ever have lived – and lost more than she can even remember.

An original novel featuring the Twelfth Doctor as played by Peter Capaldi, and Ashildr as played by Maisie Williams.
Posted by DR5WHO at 9:08 AM