Doctor Who - The Android Invasion Review 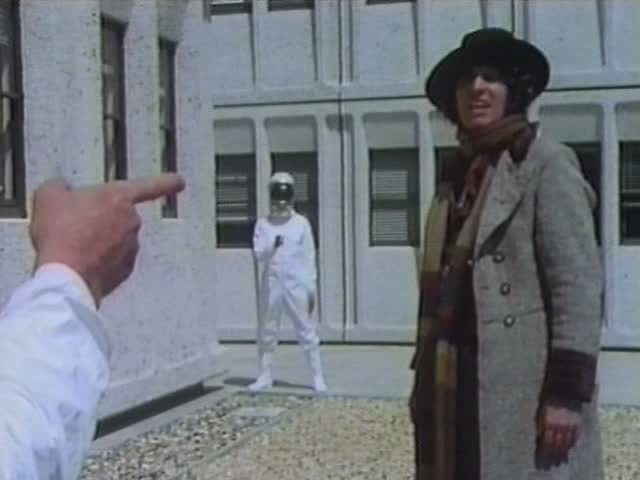 The Android Invasion aired 40 years ago from November 22 to December 13.  See what we thought about this classic Doctor Who Adventure from 1975.

Doctor Who:
The Android Invasion
By Terry Nation

“Is that finger loaded?”

The Doctor and Sarah still trying to get back to Earth and UNIT headquarters end up on what appears to be Earth.  Smells like Earth, feels like Earth and definitely looks like Earth but something just doesn’t seem right. After watching a UNIT soldier running off a cliff and falling to his death the two travelers get shot at.  The Doctor and Sarah make their way to a village called Devesham which happens to be near a Space Defense Station.  Everything about Devesham seems out of the ordinary also.  The pub has freshly minted money, a brand new dart board and telephones that do not work.

Then the villagers show up and they are a strange lot.  They do not like strangers in their village and do not treat The Doctor and Sarah all that kindly.  Then the UNIT soldier who apparently killed himself shows up at the pub very much alive.   This does get The Doctor thinking that they are definitely not on Earth and there is something very much wrong with this village.  It appears they are on a planet made by the Kraals I which they are using to practice for an invasion of Earth. An invasion that they will use their androids to achieve unless The Doctor and Sarah can find a way of warning Earth and stopping the Kraals. 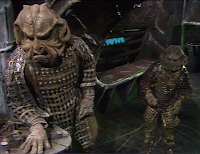 This is the second and final non Dalek Doctor Who story that Terry Nation wrote with The Keys of Marinus being the first.  The Android Invasion is a pretty fun story to watch and has some pretty good moments in it.  I love the whole mystery that surrounds Devesham and what is going on with it and why the people are trucked in by androids that fire bullets from their finger.  Those androids are part of one of the best lines in Doctor Who history as Tom Baker asks them if their finger is loaded.

I liked the whole paranoid feeling in The Android Invasion as with all the android duplicates you do not know who is real or not especially seeing friendly and familiar faces like Harry and Sgt. Benton as bad guys.  Seeing Benton shooting The Doctor was pretty strange and a pretty effective scene. What I didn’t like was the Brigadier wanna be.  Since Nicholas Courtney was unavailable they got Colonel Faraday instead and he is a horrible substitute and is just down right awful. 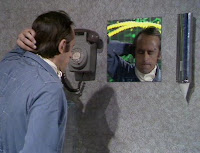 I liked Crayfor and you have to feel sorry for him as he is just out right used by the Kraals.  Right down to the fact that the Kraals made him think he lost his eye and he never knew it until The Doctor told him and then he just winds up getting killed by Styggron.   The Kraals were not a bad adversary for The Doctor as they were pretty intelligent coming up with the android invasion of Earth.  Even if they looked like walking rhinos and were using the Zygon spaceship set that lost all its gooiness. You gotta love rehashed sets a BBC tradition. 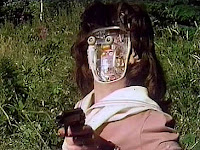 The Android Invasion is a pretty decent story that has some really good moments and gives us a pretty cool alien for The Doctor to go up against.  It is a unique invasion story as most of the story is on a fake Earth.  It also shows that Terry Nation can write something without Daleks in it also as we have this story and Blakes 7 which comes a few years later and Survivors as proof of his writing diversity.  The Android Invasion is one of Terry Nation’s best stories but is always overshadowed by his Dalek stories.
Grade B+