The imaginary war between Marvel and DC that I have so excitedly embraced has begun to step it up a notch with the coming of the Batman v Superman trailer.  Marvel is fighting back with Captain America: Civil War.  Meanwhile on television, it is mayhem.

I would say that this trailer does a good job in keeping my interest in the film and while there was one OMG moment, the rest of the trailer looked just good.  There is also quite a bit of spoilers in there as well.  I am looking forward to it, of course but I am still worried that it will disappoint.

Captain America Civil War Trailer - A year ago I was saying that there would be no way that I would be looking forward to Batman vs Superman more than Captain America - Civil War and while I still think this is true, the gap is not as large as it used to be.  The Batman v Superman trailer was pretty solid and Marvel's Avengers - Age of Ultron still gives me the chills.  I am hopeful that Marvel steadies the ship with this movie. If it is anywhere near as good as the previous Captain America movies than we will be just fine!

X-Men: Apocalypse - It is hard to remember in all that is going on that there is another X-Men movie coming soon.  This trailer reminds us. 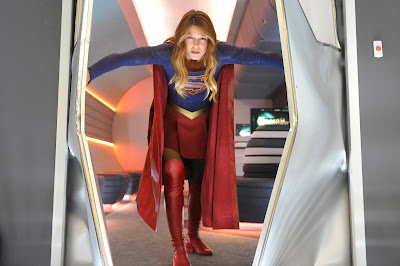 Supergirl gets full season -  The CBS series has been given a go ahead for a full season despite dropping in the ratings quite a bit since the opening.  Still, doing better than Fox's Gotham, Supergirl seems to be checking off most of the "how to do a superhero TV series."  The series has been unfairly compared to Jessica Jones. Not sure why.  It is a different show that is the most light hearted superhero show on right now.  For context, my daughter watches Supergirl and she is 7.  I would be a little more worried if she watched some of the other series, especially Gotham.

I enjoy the show and while it does have a little of that girl angst flavor that seems less realistic than the other series, I do like the tone.  One of the things about this series I would love to see looks to still be a dream is a crossover with The Flash.  Some slight rumblings that a crossover is still possible really is not at this time so we can still hope and dream. 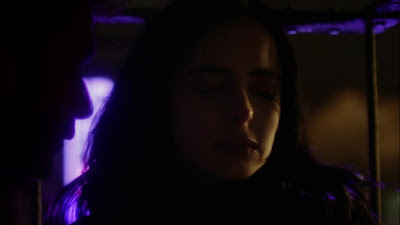 Jessica Jones - the buzz on this show is pretty huge and already there is talk that Jessica Jones is the best female hero, that Kilgrave is the best Marvel villain and that a Luke Cage series is now in the works.  Certainly Netflix is hitting home-runs with Marvel.  I have only had time to watch two
episodes so far and it is pretty excellent.

Fantastic Four - Fox has removed the Fantastic Four sequel from its movie list.  Does this surprise you?  No?  One has to imagine that Fox may now be looking toward Marvel in a joint merging to squeeze a little more life out of this franchise.


TV series - Some excellent stuff this fall.  Gotham has been my personal biggest surprise.  I was luke warm on even watching the series this season but I have enjoyed it a lot. 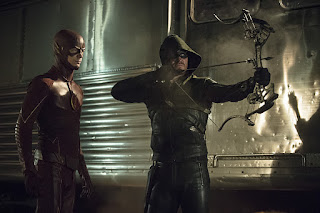 The Flash and Arrow have been excellent.  I can't believe I am going to say this but if anything, there is too much of the Legends of Tomorrow origin going on for my liking.  There is a lot of energy being put into getting that spin-off going that the normal plot lines for the season could be suffering.  They actually aren't and I feel both shows are still excelling at top quality.  I also feel that the build up of Legends of Tomorrow may leaves us a bit disappointed. 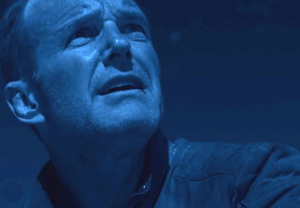 Agents of SHIELD has been excellent as well.  A lot more Hydra and Ward in it is a good thing right now and if anything the season is a bit better than the Inhumans plot of last season. No complaints otherwise.  There will be an extended break from the series as we welcome the return of Agent Carter in January. 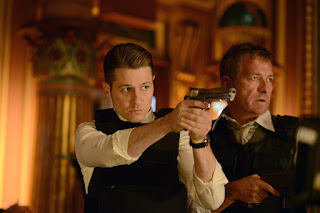 Gotham has continued to improve and I enjoy this show more than last season.  It approaches some of my favorites in level of enjoyment and certainly has a spot in my heart!