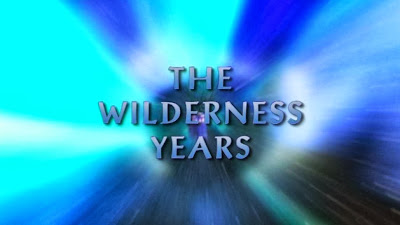 Doctor Who:
The Wilderness Years

Imagine 16 years without Doctor Who on television. Well there was that one day that we had the Paul McGann TV movie in 1996 but that was like a blip on the radar of a very huge universe exploration.  I know it is hard for the younger fans to understand what happened when the show went off the air to when it returned in 2005 but for us older fans that was a time of despair and want as we longed for our favorite show to return.  So we in essence spent the 30th and 40th anniversary years without an anniversary special and had to live through lots of rumors that became untrue fantasies of the shows return and that so called movie that never came to fruition.  If that wasn’t bad enough we had our hearts ripped out from Fox and the TV movie which did not produce a series.  So what did we, the old guard, do to keep us in a Doctor Who frame of mind?  Well this what we did for Doctor Who during a majority of those 16 years.


More or less there was nothing in 1990 except the fact that the show was not coming back and by the end of that year it was becoming apparent that Survival would be the last story of Doctor Who for a very long time but I and I’m sure many others didn’t think it would have lasted 16 years.  With Doctor Who Magazines excellent monthly comic strip to fill the void it just wasn’t enough as it was just a couple of pages and it only came out once a month. But things were about to get better in 91. 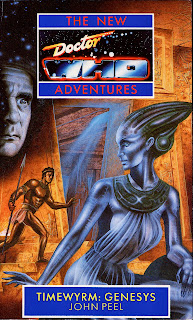 In June of 1991 Virgin released its range of original Doctor Who novels.  In the beginning The New Adventures came out bi monthly until March of 1993 when they came out on a monthly release schedule.  The first New Adventure was written by John Peel and formed the Timewyrm Series which continued through the first four books.  Genesys started things out and saw other books authored by Doctor Who legend Terrance Dicks and a newcomer who would go on to write for the new series Paul Cornell.  The series picks up with the 7th Doctor and Ace after Survival and gave the fans more adventures of the popular pairing.


The New Adventure books were written really well and gave a more grown up aspect to it.  A lot of the stories were very in depth and some really explored different things that you could not do on the television show.  A lot were criticized for being too Doctor lite and not featuring him much at all like Iceberg and Deceit. 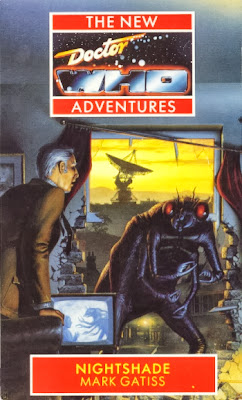 The New Adventures really did expand on the theme of the manipulative and all powerful   Seventh Doctor that was hinted at in the show and took it to new levels that we could only imagine.  New companions and new enemies to fight it was a pretty good substitute for the show not being on TV.  Look how they expanded on Ace’s character making her a soldier who fought the Daleks and would return to the TARDIS harder and more mature.  The New Adventures introduced us to Professor Bernice “Benny” Summerfield one of the more popular companions in recent history.  Plus Virgin launched into a range of Missing Adventures which featured Doctor’s 1 – 6 in adventures of their own which was great as we had two books a month to enjoy.


The BBC got in the act after the TV Movie of 1996 and in 1997 in June, which is ironic as that was the month Virgin started up, with the line of Eighth Doctor Original adventures.  While not as in depth and risk taking as The Virgin version these books were really enjoyable.  It continued the adventures of the Eighth Doctor and since we did not get a new series we got a new Doctor to enjoy in book form.  Plus the BBC also did Past Doctor Books which were just like the Virgin series with the past Doctors and were quite simpler stories but hey it was new Doctor Who and we took what we got. 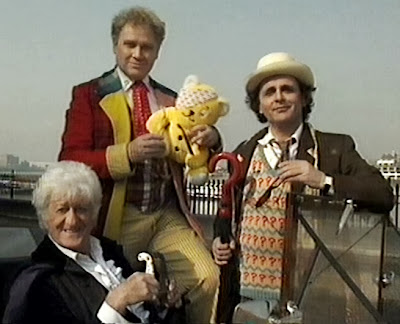 During the 30th Anniversary John Nathan – Turner and the BBC gave us a really horrible pantomime in a way of a special in Dimensions of Time.  Instead of giving the fans a proper anniversary they gave us a really horrible cross over with Eastenders which was just embarrassing to watch.  What was supposed to happen and was commissioned and then canceled was the Dark Dimesnion which would have celebrated the Anniversary proper but was not to be. So instead we got that slap in the face of a special. 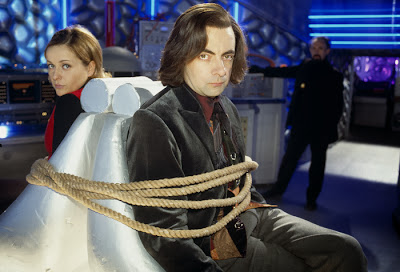 Steven Moffat penned a comedy Doctor Who for Red Nose Day titled The Curse of The Fatal Death which came out in 1999 and starred Rowan Atkinson as the Doctor.  It was a funny send up including having The Doctor regenerate into a woman in the form of AbFab star Joanna Lumley.  It featured The Master and the Daleks and sort of features what his writing would be like when he would take over the show for the Matt Smith era. 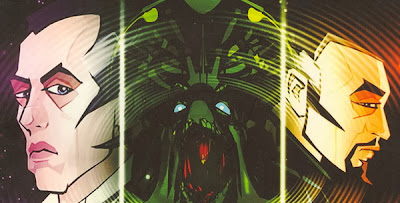 For the 40th Anniversary Paul Cornell would pen the webisode  Scream of the Shalka  which starred Richard E. Grant as the 9th Doctor and Sophie Okendo as Allison who was the companion of the story.  It was an ok story and nothing all to earth shattering but it would be overshadowed by something else that I will get to later.  Best part of Shalka is Derek Jacobi playing The Master which he would again when the series returns a few years later.


One of the best things to come out of the Wilderness Years is the Big Finish Doctor Who Audio Adventures.  In 1999 Big Finish got the ball rolling with Siren of Time with a multi Doctor story featuring the 5th, 6th, and 7th Doctors.  This release came out in July  and started a bi monthly release schedule before going monthly in January of 2000.   This was just excellent as the Cyberleader would say as now we had the books and now audios. 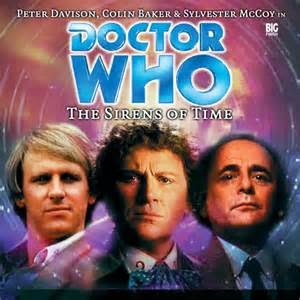 We now had so many options to fill the void left by the absence of a Doctor Who series that it kind of softens the blow.  The Big Finish stories sure did that as we were able to hear our hero’s voice again and we could get a sense of the old series.  Even though it wasn’t the same and with the addition of Paul McGann to the fold it just seemed like this was what we were destined to have. 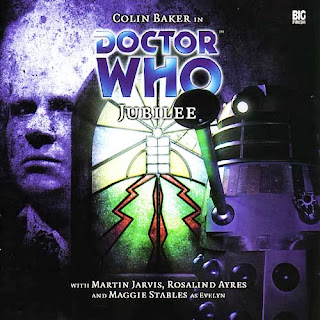 Big Finish really pulled out the stops with their stories and with audio nothing could be unimaginable as long as your imagination was up for it.  What is really to their credit and creativity is the way they think outside the box and do things different.   Look how they have expanded and continued to grow even with the new show going on.  Fans enjoy them and now with Tom Baker and the Companion Chronicles it is no wonder why the BBC keeps renewing their license as they put out quality stories like Jubilee by Robert Sherman the story in which Dalek was based on.


In 2003 around the 40th Anniversary the announcement that we have been all waiting for had finally came.   It was announced that BBC Wales would be making a new series of Doctor Who with Russell T. Davies as the head producer and show runner and Julie Gardner as head Producer also.  The Wilderness Years were coming to an end as in 2004 we saw the first filming photos and we got the news that Christopher Eccleston would be the new Doctor and Billie Piper would be the companion.  Things were taking shape and 16 long years without a TV show was finally going to end and here we are in 2013 celebrating the 50th Anniversary with a new series and soon a new Doctor and everything is alright in the world. The Wilderness Years even though it was frustrating that there were numerous rumors about Doctor Who’s  return we did have the video tapes and then DVD’s to watch over again but we did have a good share of original Doctor Who stories in comic, book and audio form, which if you have a chance search these out as they are really worth it, it was a worth substitute for the show but I am really glad we have the show back and hope we never have to go through a period that long without the show again.

Email ThisBlogThis!Share to TwitterShare to FacebookShare to Pinterest
Labels: doctor who, Doctor Who 50th Anniversary, The Wilderness Years