Details for Doctor Who - The Night Witches 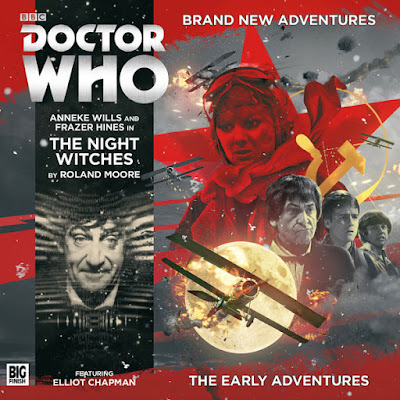 Out this month is the start of a new series of The Early Adventures with the Second Doctor era taking center stage.  This story focuses on the early part of his era with his original companions.  you can order this adventure from the Big Finish website.
https://www.bigfinish.com/releases/v/the-night-witches-1319

When the TARDIS materialises north of Stalingrad in 1942, the Doctor, Jamie, Ben and Polly are captured by the Night Witches, an all-female unit of flyers tasked with disrupting the German forces nearing Moscow.

They suspect that the travellers are spies - part of the Germans’ Operation Barbarossa. Despite their pleas they are locked up while it is decided what to do with them.

Polly, however, is receiving strange looks from the pilots and clearly unnerving them. When the TARDIS crew discover why this is, it becomes clear that they’re about to get far more involved in the war than they could possibly have imagined.