Details for Doctor Who - Time in Office 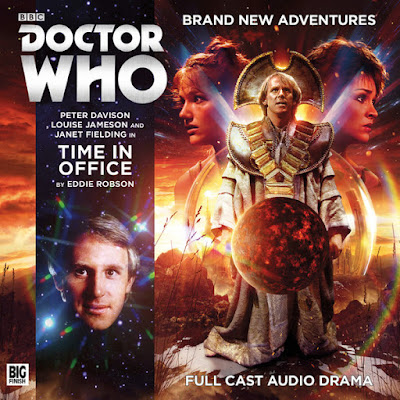 This month we have two main range releases with the second release featuring a story set on Gallifrey with the 5th Doctor, Tegan and Leela.  It looks like the Time Lords have a need for The Doctor yet again.  You can buy this release from the Big Finish website.
https://www.bigfinish.com/releases/v/time-in-office-1260

The Doctor's adventures in time and space are over. The Time Lords have recalled him to Gallifrey – but what he faces on his home planet is worse than any trial. Following the disappearance of President Borusa, the High Council condemned him to the highest office - and he can't evade his responsibilities a nanosecond longer...

So all hail the Lord High President! All hail President Doctor!

Rassilon save him. This time, there's really no escape.