Details for Doctor Who - The Thief Who Stole Time 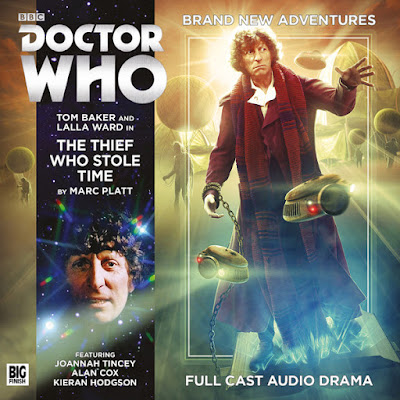 Out this month is the second part of the 6th series finale for the 4th Doctor Adventures.  You can order this audio adventure featuring the 4th Doctor and Romana from the Big Finish website.
https://www.bigfinish.com/releases/v/the-thief-who-stole-time-1241

A god has died. A crime has been committed. And an even greater threat lies beneath the surface.

On the ocean world of Funderell, Romana has been reunited with her old friend from Gallifrey, Sartia, and the Doctor is investigating the history and religion of this strange world. But events have quickly spiralled out of control.

Why is this planet of such interest to the Time Lords? What lurks in the depths?

The life of more than one world is at stake. But time is running out.