Farewell to 12 - Doctor Who - Mummy on the Orient Express Review 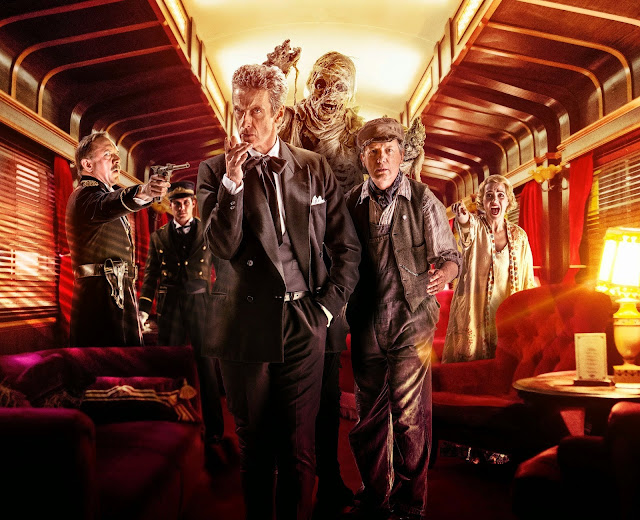 When I saw that Doctor Who was going to do a story called Mummy on the Orient Express it had me worried.  Being a fan of Agatha Christie’s novel murder on the Orient Express I had reservations that it would be stupid and be a cheap knock off of the Christie novel.  When I saw the trailer and saw that it was in space and the premise of whoever sees the mummy has 66 seconds to live well I was a bit more interested than worried. 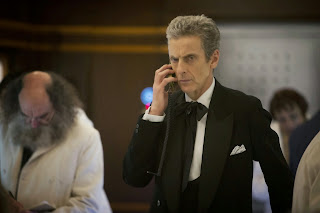 Mummy on the Orient Express had a Robert Holmes and Tom Baker story feel to it.  In fact Peter Capaldi seemed to be channeling Tom Baker in this story. Not the goofy Tom Baker from the Graham Williams era but the serious and slightly aloof Tom Baker from the Philip Hinchcliffe era.  In fact this had more of a feel of that era than last week’s story Kill the Moon.   Right down to the Jelly Babies in the cigarette tin this story was just channeling that era of Doctor Who.  This made me a happy camper as I really love that era of Doctor Who and I am glad they are going in that direction with the stories. 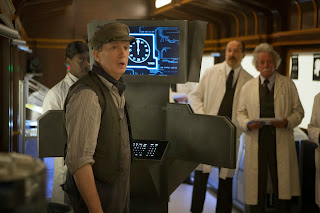 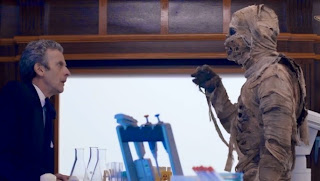 Email ThisBlogThis!Share to TwitterShare to FacebookShare to Pinterest
Labels: 12th Doctor, doctor who, Mummy on the Orient Express, Peter Capaldi