Details for Doctor Who - The Silurian Candidate 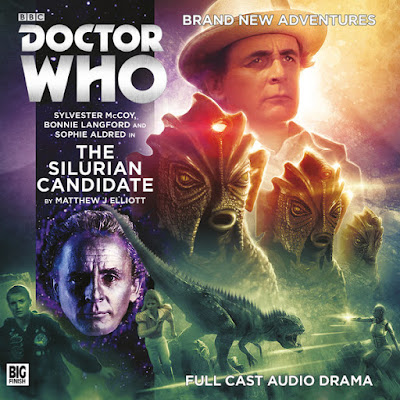 This months main range release sees the 7th Doctor going up against the Silurians.  You can order this Doctor Who audio adventure from the Big finish website.
https://www.bigfinish.com/releases/v/the-silurian-candidate-1259

The year is 2085, and planet Earth remains on the edge of a nuclear precipice. At any moment, either of two vast rival power blocs, to the West and the East, might unleash a torrent of missiles, bringing about the terrible certainty of Mutual Assured Destruction.

But there is another way – or so Professor Ruth Drexler believes. Hence her secret mission deep in Eastern bloc territory, to uncover a hidden city, never before glimpsed by human eyes: the Parliament of the Silurians, the lizard people who ruled the Earth before humankind.

There, she’ll encounter a time-travelling Doctor, who knows the Silurians well. A Doctor on a secret mission of his own.