Farewell to 12 - Doctor Who - Kill the Moon Review 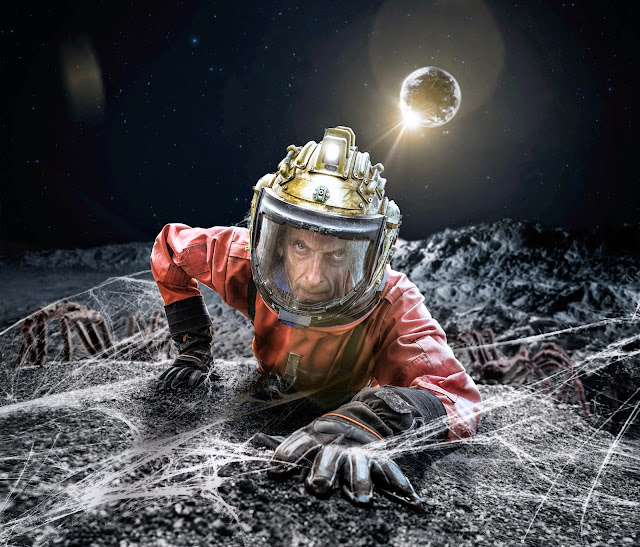 Doctor Who:
Kill the Moon
By Peter Harness

“Get back in your lonely bloody TARDIS and you don’t come back!”

Kill the Moon is here and if you go from the trailer it looked like it was supposed to be really scary.  Behind the sofa kind of scary that makes you scream out in fright.  Steven Moffat was quoted as saying to writer Peter Harness to “Hinchcliffe the $#@% out of it.”   That gave me some hope for this episode as I really enjoyed the Philip Hinchcliffe era of Doctor Who with its Gothic horror and smart storytelling.  Let’s face it. After the two light hearted stories we have had lately it was time to get the scares back into the show.   So bring on the scares and give people nightmares as I’m ready for a scary one. 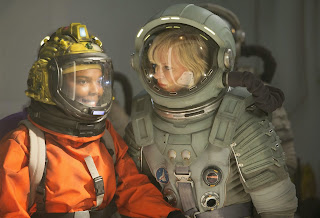 Well we did get some scares but I don’t think the writer was all too successful in Hinchcliffe the crap out of it.  Yes it was scary but not as scary as it could have been.  Plus it wasn’t really dark and Gothic either.  But it was pretty darn good none the less.  I really did like Kill the Moon and I loved the alien spiders that were causing a menace to those on the surface of the moon. Their appearance did deliver the scares and I really loved that especially the way the eliminated their prey.  We are lead to believe that the spiders are the main threat to The Doctor, Clara, Courtney and Lundvik but in reality they were the least of the problem.   No it is something far worse.  In fact we find out that the moon is in fact coming apart and it is opening up like an egg.  So the big problem solver for this week is what to do with the creature that is hatching out of the moon which is an egg.  Ok. Got all that.  The moon is an egg and The Doctor leaves Lundvik, Clara and Courtney to sort it all out while he takes off and does something else. 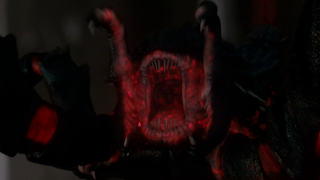 Now this is not something the Doctor would normally do. It was very out of character for him to just leave it to Clara to sort it out but you can see why he did it.  The fate of the Earth should be left to the humans that live there and not to him.  Especially when the options are to kill the newborn hatching out of the moon or let it live and kill billions on the earth below.  This has Clara all perplexed and really pissed off at The Doctor.  I think anyone would be but The Doctor has done similar types of things with his companions before.   Martha comes to mind when she spent a year traveling the Earth in Last of the Time Lords but this one was a bit different as if they decided to kill it the atomic bombs would go off and they would be dead but I don’t think The Doctor would have let it come to that.  This turn of events was pretty intense as you did not know what they would eventually do and the way they came up with the decision was ok but only half the planet voted the side that was facing the sun did not really have a chance to express their opinion.  I guess this was just a minor thing but when you watch it again it is something funny to notice.  It didn’t really matter anyway as Clara went against the Earths decision anyway. 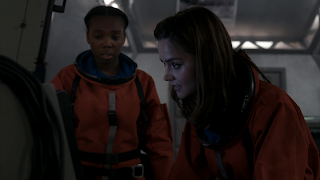 I did like the way Clara told The Doctor off for what he did but it did seem to be a bit much.  God help us if she ever traveled with the 7th Doctor she would be mad forever.   It just seemed to be a tad much with her going on and not really listening to what The Doctor was trying to explain to her.  She came across as being a bit of a spoiled girl who didn’t get her way. It will be interesting to see how The Doctor and Clara’s relation will be like for the rest of the series.

Even though I have pointed out what I did not care for in Kill the Moon I did like this story.  I liked the horror of the spider especially when one attacks The Doctor.  That was pretty intense and did make me jump even if it was predictable that it was going to jump out of the crevice.  I liked how they did something different and have The Doctor abandon his companions.  It was something different and makes you wonder about this new Doctor.  It did seem pretty familiar to the 7th Doctor in the books and Big Finish audios jerking the companions around.  I kind of like it in a way as he can see what his companion is made of and it showed that he trusts them to make the right decision.   The story was pretty good and having the moon being an egg was pretty clever but having the creature lay another moon for the Earth did seem a tad predictable but clever none the less.  Peter Capaldi gives us a really good performance and his Doctor finally gives that big speech.  He delivers it with such conviction and panache that it really stands out to the viewer as one of the highlights of the story and having the beach setting with a great blue sky did help make it more memorable. 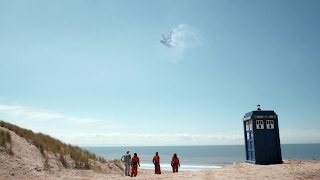 So far Kill the Moon has been the strongest story this series with lots of game changing scenarios to set up the end of series 8.  It is the type of story you will not forget as it makes us question what we would do in Clara and Lundvik’s position.  Would we kill the new born creature or would we take a chance and let it live?  Hermione Norris was excellent as Lundvik and so far has the best costar performance in Series 8.  Kill the Moon delivered the goods and the scares even though it was not in the Philip Hinchcliffe style.  I was really entertained by Kill the Moon and it has me thinking plus has my interest level up as to what will happen between The Doctor and Clara in future episodes.
Grade B+