Details for Doctor Who Magazine 517 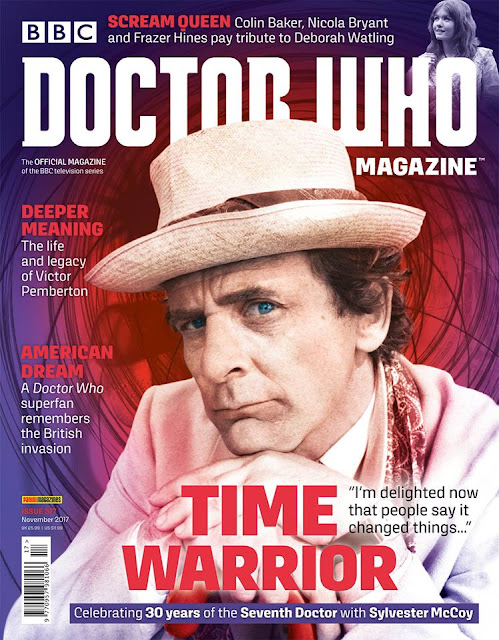 Out now is the new issue of Doctor Who Magazine in which they celebrate the 30th Anniversary of the Sylvester McCoy era of Doctor Who. Issue 517 is out now in the UK and everywhere else next week.

ISSUE 517 OF DOCTOR WHO MAGAZINE CELEBRATES 30 YEARS OF THE SEVENTH DOCTOR WITH SYLVESTER McCOY!

Thirty years after he first appeared as the Seventh Doctor, Sylvester McCoy reflects on the role that changed his life…

VICTORIA’S SECRETS
A previously unpublished interview with Deborah Watling from 1990.

FURY FROM THE DEEP
This month’sFact of Fiction explores 1968’s Fury from the Deep, the last story to feature Deborah Watling as Victoria Waterfield.

THE PARLIAMENT OF FEAR
Part Three of our brand-new comic strip adventure, The Parliament of Fear, featuring the Doctor and Bill; written by Scott Gray and illustrated by Mike Collins.

THE TIME TEAM
The Time Team continues its mission to watch every episode of Doctor Who with 2012’s The Doctor’s Wife.

PLUS! Previews, book and audio reviews, news, the Watcher’s column, prize-winning competitions and much, much more.