Farewell to 12 - Doctor Who - The Caretaker Review 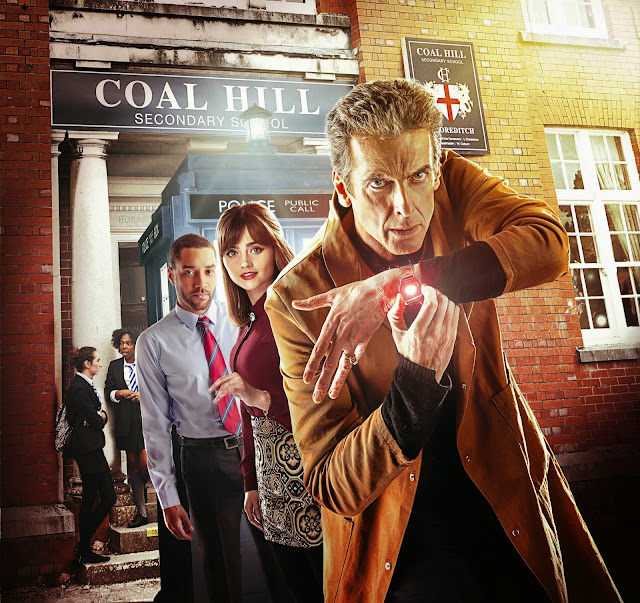 Doctor Who:
The Caretaker
By Gareth Roberts and Steven Moffat

“Well you’ve explained me to him but you haven’t explained him to me.”

Gareth Roberts who wrote the 11th Doctor stories The Lodger and Closing Time returns and gives us his first 12th Doctor story The Caretaker.  I enjoyed Gareth Roberts 11th Doctor stories with Craig as they were fun to watch and had a bit of comedy to them.  Not too much comedy and the stories were usually pretty good with The Lodger being the stronger of the two stories.  The trailer for The Caretaker did look like it would be a funny lighthearted story which for the way the series has gone lately would be a good change considering Series 8 has by far been the darkest since the show has returned.   The Caretaker sees The Doctor going deep undercover at Coal Hill School where Clara works to fend off an alien that can destroy the Earth.  What follows is anything but stellar. 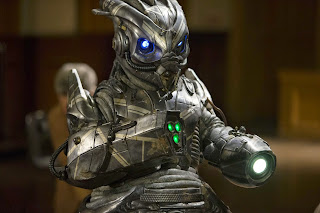 I don’t mind when Doctor Who does a funny story every once in a while.  One of my favorites is The Romans and that William Hartnell story was played for laughs for the most part but did keep a sense of seriousness to it.  What I do not like is when Doctor Who goes to the soap opera angle.  Soap Opera stuff should be kept to shows like East Enders and General Hospital.  I really did not like it during the Russell T. Davies era and I did not like it in this story.  I did not like the whole backstory of Clara and Danny and having to explain their relationship to The Doctor and vice versa.  Instead of the jealous boyfriend we have The Doctor being the concerned fatherly figure.  Which is ok I guess but having this part of the series now doesn’t really do it for me.  I like to watch Doctor Who for the adventure and to see how The Doctor will save everyone from the situation at hand.  If I wanted romance and relationship issues I would watch a soap opera or a romantic comedy not Doctor Who.

Here is one part of The Caretaker that didn’t really make much sense.  Why did The Doctor choose a school to trap The Skovox Blitzer?  Couldn’t he just have picked a deserted warehouse or factory to use to it in instead of the school?  It doesn’t seem very Doctor like to trap an alien at a school where lots of innocents could get hurt especially if the innocents where children.  Yes I know he did plan to do it at night when everyone went home but as we see The Skovox Blitzer returned during the evening when the school was filled for parent’s night.  The only motive was strictly back to the soap opera angle and he wanted to see what Clara was up to and who her boyfriend was even if it wasn’t the Matt Smith look alike.  Which at first I did not like but then we found out what he really was later on now.  I’m intrigued a little bit more about this development. 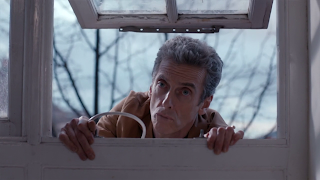 As I said earlier I do like it when Doctor Who is funny at times and The Caretaker did have some funny moments.  I liked the way The Doctor was teasing Clara and the exchanges he had with her.  Especially the way he teased her about Jane Austin and when she wrote Pride and Prejudice.  I have to admit the chemistry between Jenna Coleman and Peter Capaldi is really good and it harkens me back to how well Tom Baker and Elisabeth Sladen got on.  The funny and silliness of the story was not to over the top and did not really dampen the story too much.  Just the soap opera bit even though it was character development for Danny.

I was disappointed that the whole saving the planet from the The Skovox Blitzer was nothing but a sidebar for The Caretaker.  I would have liked it better if that part took center stage like he did in Closing Time with the Cybermat.  It just seems that some of the stories seem to be concentrating on Clara.  I think she has grown as a companion and come into her own but it shouldn’t be the Clara show with her old Scottish sidekick The Doctor.  Not saying all the stories have been like that but so far we are on story six and it feels like half of the stories have been the Clara show. 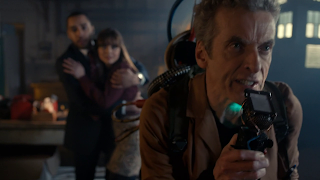 But for the most The Caretaker was an alright episode that did have a cool looking alien in The Skovox Blitzer and I did like the comedy exchanges.  We also got more of a hint into whom Missy could be and that Adrian isn’t all that he seems.  I did like Peter Capaldi’s performance as that was the highlight of the story for me and was its saving grace.  Plus the fact that he made a gadget to stop The Skovox Blitzer and once again used his brain to stop the bad guy instead of zapping it with his sonic screwdriver.   While The Caretaker was a disappointment mainly to the soap opera nature of the story I did find myself entertained at the fun bits of the story and it did held my interest.  Not the finest but not the worst.
Grade C