Goodbye to 12 - Doctor Who - Death in Heaven Review 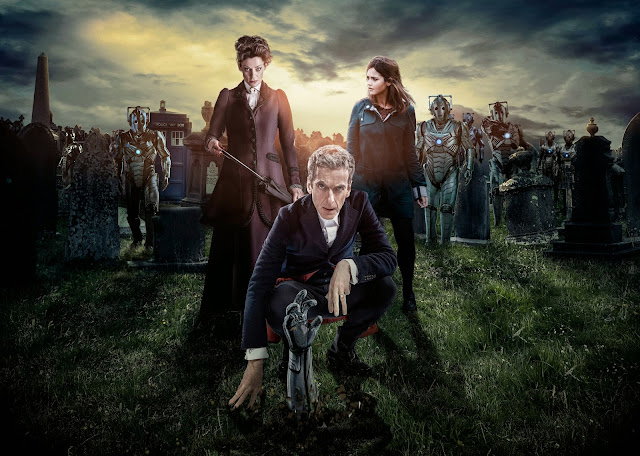 Doctor Who:
Death in Heaven
By Steven Moffat

After the big reveal in Dark Water that Missy was The Master we are now onto the second part of the series 8 finale.  Usually the second part of the series finales or series finales in general have fallen short and not delivered on the hype built up by the first part.   Doctor Who has been a good example of this most recently with The Wedding of River Song which was not all that good.  It seems in NuWho that the show runners like to go for the big gusto and try to cram a lot of stuff into the finales and that has always hurt the story for the most part even if the newer fans go crazy for it.  So did Death in Heaven fall into the disappointing category? 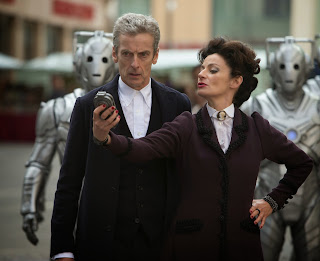 Now I had the good opportunity to watch Death in Heaven at the Long Island Doctor Who Convention LI Who 2.  I was there that year and it was a pretty good experience getting to see and hear the fans expressions once the story was over.   This was pretty cool as you could clearly see who enjoyed it and who did not clearly like it.  Have to say this I felt sorry for the Osgood cosplayers in attendance as there were quite a few in attendance Saturday night.  The majority of the fans enjoyed it and listening to their reactions was a really good experience.

My opinion on Death in Heaven for the most part I enjoyed it and thought it was one of the better series finales in a long time.  I enjoyed seeing the Cybermen flying and adding that element to their arsenal made them that more menacing.  Just watching them attack the airplane was pretty creepy.  Also having them taking dead people and making them Cybermen was frightening if not a bit creepy.  I liked seeing them popping out of the ground at the cemeteries. It was definitely a different feel to the Cybermen as the dead had their conscious put back into their new Cyberman body but what was puzzling me was why Danny did not have his emotions suppressed?  When he woke up in Chaplets funeral parlor, how many classic Who fans made the connection with Dodo, he seemed to know what was going on and proceeded to save Clara.  Was it his love for Clara or was this a result of not pressing delete? I don’t know but it wasn’t really explained either. 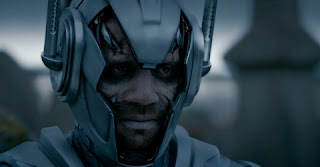 I really liked Michelle Gomez as The Master.  She was way better than the John Simm Master and not quite as over the top as he was.  Yes she seemed to have her crazy ways a little bit like John Simms Master but she appeared to be more grounded in her performance.   He had her moments but it does seem that the days of The Master being serious and threatening like Roger Delgado are over and that we will be having Masters that like to be silly.  But I did like Michelle Gomez as she was evil.  She had no problem killing anyone even fan favorite Osgood.  She was pretty ruthless and there was good chemistry between her and Peter Capaldi something we haven’t seen since Pertwee and Delgado for Doctor/Villain battle of the wits.  I hope they bring her back as we all know The Master is never dead for long.

I did like the swerve at the beginning with Clara saying she was The Doctor.  They even went so far as having Jenna Coleman’s name come first and have her eyes in the opening.  I bet a lot of people were screaming “What!” at their TV.  I think Moffat is having a good time playing up the female Doctor and with a female Master he must have thought it would be funny to try and get the fans riled up by having Clara say she was The Doctor.  If you didn’t think she was doing that to save her life then you got punked by the Moff.   I was pretty sure that is what he was doing but there were some at the convention that were taken. 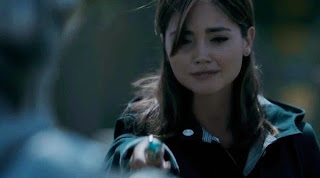 I really liked the ending for Death in Heaven.  I liked how The Doctor out maneuvered The Master.  The love between Danny and Clara was pretty strong to prevent the Cybermen conditioning to take effect over Danny.  We have seen it before with Craig fighting the conditioning in Closing Time so it is possible.  It was the perfect way to prevent The Masters plans from taking fruition by using Danny to sacrifice himself to save the earth.  The Master more or less gave The Doctor the means to stopping her by allowing Danny to take control of the Cybermen army.  Yes it was anticlimactic but it worked.  It was a pretty clever way to saving the day and to give Danny a hero’s sendoff that also could make amends for what he did in the army.  He also did again later on when he sent the boy he killed back to the land of the living.

I admit I did like having the Cyberman Brigadier save The Doctor from having to be a killer even if it was really cheesy.  He has done this before and this time it was so unexpected that it made me smile with delight that we got to see the Brigadier in action one more time even if it was as a Cyberman.  It was such an emotional farewell and send off.  It was good to see The Doctor finally say goodbye to his old friend for the last time by giving him the salute he so rightly deserved.  It was truly a great moment for Series 8. 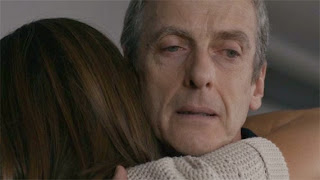 We say goodbye to Clara in this episode she leaves The Doctor until at the end of this story until we see her again in the Christmas special and the next series. I really liked Clara in series 8 and thought she grew as a character during this series more so than the last series.  I liked Jenna Coleman’s performance during series 8 and thought she and Peter Capaldi had really good chemistry.  Peter Capaldi was really good in Death in Heaven and probably gave us one of his finest performances during this two part story.  I especially liked how he performed the scene when he lost his temper when he went to where Gallifrey was and found it wasn’t there.  You could really see that anguish in his face and you could totally believe that The Doctor was hurt by what he saw.

Death in Heaven was a very entertaining and gripping story which capped off a wonderful season.  Peter Capaldi has definitely come into his own as The Doctor and you can tell that he was born to play The Doctor.   Dark Water/Death in Heaven is by far one of my favorite Finales and one of the best in a long time.
Grade A