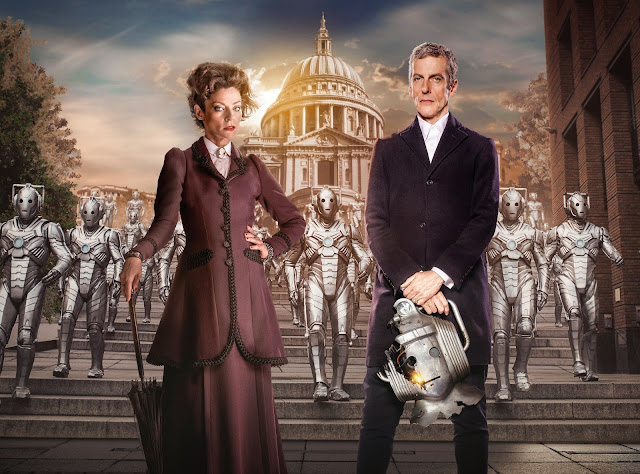 “Upload the mind. Upgrade the body.”

The series 8 Finale titled Dark Water was the story that would reveal who Missy is and there was a lot of speculation on who she was.  Even though she ended up as The Master it was one of the three I had guessed it would be.  At the time I didn’t think Steven Moffat would go in that direction.  But he did and now we know who Missy is and that did set up a lot of speculation until we saw Death in Heaven the following week. 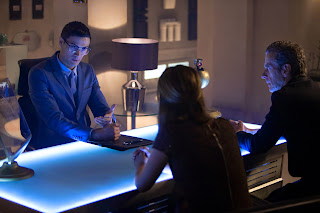 Dark Water starts out with Clara talking to Danny on the phone and she starts to explain things to Danny and more or less tells him that she loves him.  This results in Danny Pink getting hit by a car and killed.  Yep Danny Pink is dead and it is because he did not look when crossing the road as that revelation in their relationship startled him into making that mistake.  With Danny now dead Clara tries to blackmail The Doctor into going back in time and to save Danny.  This does not work as The Doctor tricked Clara.  He decides to forgive her and decides to help her by trying to find Danny in the afterlife. 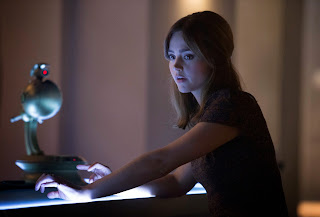 What they end up finding when they arrive is much more than they expected. They find lots of dead bodies in Dark Water which shows through non organic material to reveal a skeleton.  These end up being Cybermen and there are tons of them all asleep in their tombs.  Also in this Nethersphere is Danny Pink or so we think as he is actually in a Matrix type device. It appears that the soul of the dead are trapped in this device and then sent to the body of a Cyberman.  This tips The Doctor off that Missy is in fact a Time Lord or to be precise a certain Time Lord enemy of The Doctor.  Missy turns out to be short for Mistress and tells The Doctor that she can’t keep calling herself The Master anymore.  So the big reveal is that Missy is in fact The Master.  If you had that prediction congratulations but I don’t believe you if you did say it as most everyone said that she would be The Rani. 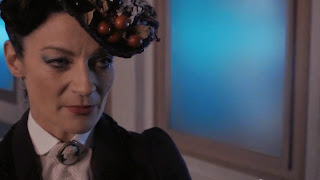 I don’t know if I’m ok with what happened to The Master.  After watching Dark Water it took me a while to wrap my head around what just happened.  There was quite a bit going on in the first part of the finale that I had to watch it again for fear of missing something.  But the thing that sticks out is that The Master is now female.  I guess I’m ok with it as it was a good twist and the reaction conveyed by Peter Capaldi made it that more believable and really sold the whole reveal for me.  I guess it was pretty ballsy for Steven Moffat to do this as he could have just made Missy The Rani or had her be an evil Romana.  Still it was mind blowing when it happened even though I did have a slight inkling that it would be the evil renegade Time Lord.  Like I said before it will be interesting to read the speculation to why The Master is now Missy and Twitter will be in overload until Death in Heaven. 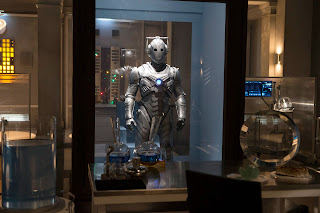 Dark Water was actually as the first part of the title describes dark.  This story was pretty dark and grim.  It starts off with Danny getting killed and Clara going through the denial of mourning her lost lover and then there is all that business in the Nethersphere.   It was pretty dark and creepy especially when the skeletons started to move in their tombs as the heads moved to watch The Doctor and Clara walk by.  That was indeed spooky and pretty awesome also.  Even though you knew beforehand that the skeletons are Cybermen it still was scary to see and was just pretty cool to see.

This story will also be pretty controversial.  It deals with dead people and what happens when they die and where they go.  But what will really get people angry is the three words that was discovered that the dead souls where saying.  “Don’t cremate me” will hit hard for some people and also creep a lot of people out.  It will be hard for people who have recently loss someone and had a funeral in which there was a cremation.   I haven’t lost anyone close to me for a few years and it creeped me out.  I mean really creeped me out.  I know this is science fiction and not real but it really started me thinking what if.  It was a controversial scene and I give Steven Moffat and the BBC for doing it as they will most likely catch some slack. 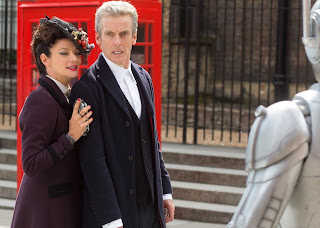 I really enjoyed Dark Water and at the time I was really excited for its conclusion Death in Heaven.  Dark Water answered some questions like what Danny did wrong as a soldier and that was a pretty dark reveal.  It made the Cybermen scary again, well at least for 45 minutes, and I just loved the nods to the classic Cybermen stories of the Troughton era with the tombs and of course St. Pauls Cathedral.  I liked the evil streak in Clara and wondered if she would really throw the keys into the lava and was surprised when it was revealed that The Doctor had tricked her.  I loved the darkness of this story and loved the tone it sets for the finale.  I’m really intrigued by the Missy reveal and really liked the chances they have taken this series especially with a female Master.  It is still a Steven Moffat story so with all that was right in Dark Water could be destroyed and be a major let down when Death in Heaven aired the following week.  I just hope Steven Moffat doesn’t blow it and gives us something exciting to talk about until Christmas but we just have to wait till Tuesday when the review comes out to see if he did.
Grade A