Details for Doctor Who Magazine 520 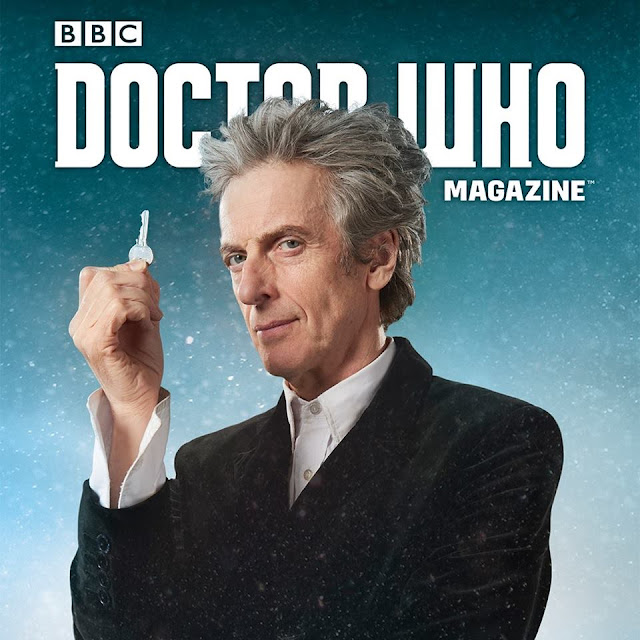 THE LATEST ISSUE OF DOCTOR WHO MAGAZINE INCLUDES A FREE THIRTEENTH DOCTOR POSTER/TWELFTH DOCTOR WALLCHART AND A
REVEALING PREVIEW OF THE CHRISTMAS SPECIAL! 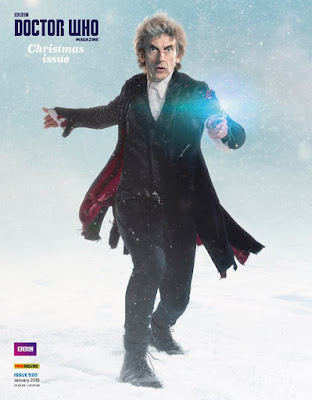 MARK GATISS
An interview with Mark Gatiss, who plays the Captain in the 2017 Christmas Special.

PHILIP HINCHCLIFFE
The legendary Doctor Who producer explains how the series’ feature-length omnibus repeats were created in the 1970s.

PADDY RUSSELL
A tribute to the late Paddy Russell, Doctor Who’s first female director and one of British television’s pioneers.

INSIDE SHADA
The team behind the new version of Shada reveal how Douglas Adams’ ‘lost’ 1979 story was finally completed.

SHADA ON LOCATION
Memories of the making of Shada from special effects assistant Steve Cambden, along with rare and
previously unseen images from the 1979 location shoot.

THE FACT OF FICTION
This issue’s festive Fact of Fiction explores the 2011 Christmas Special The Doctor, the Widow and the Wardrobe.

THE PHANTOM PIPER
Part Two of the Doctor and Bill’s latest comic strip adventure, written by Scott Gray and illustrated by Martin Geraghty.

PLUS…
The Blogs of Doom, previews, book and audio reviews, news, the DWM Christmas Quiz and prize-winning competitions!
Posted by DR5WHO at 5:58 AM

Email ThisBlogThis!Share to TwitterShare to FacebookShare to Pinterest
Labels: doctor who, Doctor Who Magazine 520