Details on Doctor Who - Static 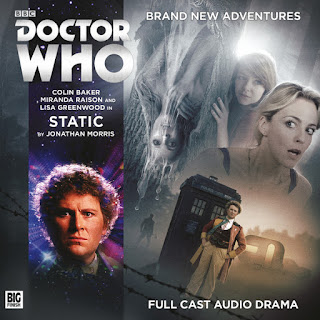 Out this month is the last Main Range release of 2017 and it features the 6th Doctor starring Colin Baker.  You can order this audio adventure from the Big Finish website.
https://www.bigfinish.com/releases/v/static-1263

Deep in the heart of nowhere, near a place called Abbey Marston, there’s a caravan site. The perfect place to get away from it all. Close by, there’s a stone circle they used for human sacrifice in olden times. A little further afield, there’s an old RAF research station, where they did hushhush things in the War.

There’s only one rule: the use of radios, cassette recorders and portable televisions is strictly forbidden.

No-one wants to hear the ghosts.