Goodbye to 12 - Doctor Who - The Doctor Falls Review 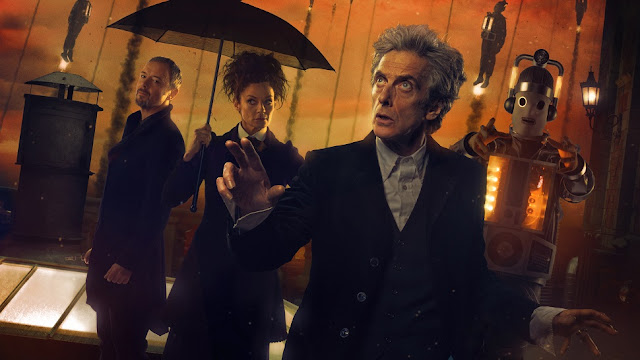 Doctor Who:
The Doctor Falls
By Steven Moffat

“No! No! When I say no, you turn back around! Hey! I'm going to be dead in a few hours, so before I go, let's have this out, you and me, once and for all. Winning? Is that what you think it's about? I'm not trying to win. I'm not doing this because I want to beat someone, or because I hate someone, or because, because I want to blame someone. It's not because it's fun and God knows it's not because it's easy. It's not even because it works, because it hardly ever does. I do what I do, because it's right! Because it's decent! And above all, it's kind. It's just that. Just kind. If I run away today, good people will die. If I stand and fight, some of them might live. Maybe not many, maybe not for long. Hey, you know, maybe there's no point in any of this at all, but it's the best I can do, so I'm going to do it. And I will stand here doing it till it kills me. You're going to die too, some day. How will that be? Have you thought about it? What would you die for? Who I am is where I stand. Where I stand, is where I fall. Stand with me. These people are terrified. Maybe we can help, a little. Why not, just at the end, just be kind?”

“The Doctor Falls” is the final episode of Series 10 and for once it was a pretty decent episode but it wasn’t great.  Like most of the big series ending stories they try to jam so much into the story. Case in point we have the Cybermen and two versions of the Master.  With a cluttered cast this doesn’t really bog the story down as for the most part the Master and Missy plus the Cybermen were not really featured all that much in the story.  For the most part it was a story about Bill and The Doctor getting to grips with what had happened to her.  Bill had been converted into a Mondasian Cyberman and she’s not all that sure that The Doctor can change her back to human.  She also lets him have it about making her wait for ten years and that it’s his fault that this happened to her.  To a degree she’s right and it’s a wonder that things that happened to Bill hasn’t happened to the companion more often. 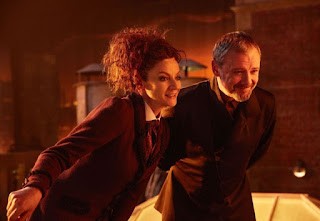 I did enjoy the storyline involving Missy and The Master.  I liked how they worked together to cause The Doctor fits.  The best part was them gloating and asking for him to pick the way that they would execute them.  Of course The Doctor turns the tables on them during the beating as he landed at a computer and changed the search parameters for the Cybermen from one heart to two.  Of course this was a predictable moment that they would then have to depend on The Doctor to save them but it did remind me a bit of when the Roger Delgado Master plans would go belly up and he need Jon Pertwee’s Doctor to bail him out again.  I did like seeing The Doctor appealing to the compassionate side of The Master and Missy.  That speech was fantastic and had to be one of the best in Doctor Who.  That speech had so much emotion and power behind it that it only had made its point with one of The Masters as we find out later that Missy turns on her previous self to help The Doctor before she is shot by herself.  That moment was pretty bizarre and actually fits in quite well with the way the Master is portrayed now.   I liked John Simm in “The Doctor Falls” and I just wish Russell T. Davies let John Simm play the Master like this instead of writing him to be crazy and off the wall.  Oh what could of have been. 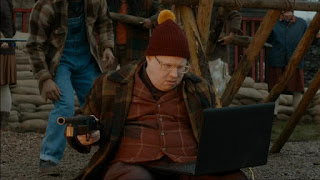 The Doctor says farewell to Nardole and I believe it was a fitting farewell for him.  Going off and helping the kids and Harzan is the perfect thing for Nardole to do as he can be bossy and also he can look after them like he was looking after The Doctor and mainly the vault.  At first I did not like Nardole but as the season went along I started warming up to him and thought he wasn’t that bad of a companion at all.  He had his faults but he always came through at the end. 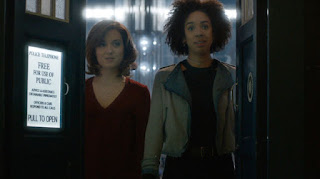 As we know this won’t be the last story for Bill as she will be featured in the Christmas Special “Twice Upon a Time”.  But the way they cured Bill from being a Cybermen was pretty predictable and was something that everyone knew was going to happen way back when we finished watching “The Pilot”.  Heather the water female alien love interest returns and makes Bill just like her.  If you remember that she gave Bill her tears and has been watching her and comes to her rescue.  So Bill is now a water alien like Heather and they take The Doctor back to his TARDIS and set him on his way to his last adventure.  I did notice that Bill tear dropped on The Doctor’s forehead and I’m guessing this tear will have some way in the explanation of Bill returning at Christmas time. 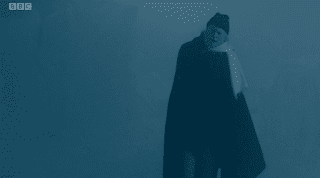 I did like the segway to the Christmas Special with the 12th Doctor and 1st Doctor meeting in during what I’m guessing will be amount part three of the 10th Planet.  It is quite evident that The Doctor doesn’t want to regenerate as has been evident through these two episodes so it will be interesting to see what happens at Christmas time with these two Time Lords at the end of their respective lives.
“The Doctor Falls” does a decent job of tying things up from the first part even if the Cybermen were just an afterthought in this story.  It was disappointing to see the modern Cybermen return as I was really enjoying the Mondasian Cybermen, who shouldn’t be making metallic stomping noises, and was hoping they would be featured more in this story.  But in all it was a pretty decent story and this could have been the regeneration story as it did have that type of feel to it but at least we have one more Peter Capaldi performance to go.
Grade B+