Doctor Who News - The 8th Doctor Returns in Ravenous 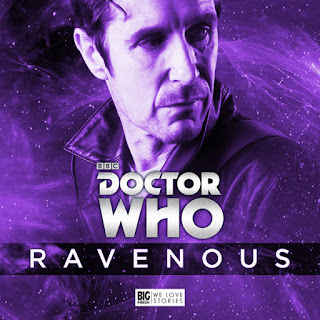 Big Finish has announced a new box set that will start a new series for the 8th Doctor, Liv, Helen and the Eleventh.  The new box set titled Ravenous will include four stories and will be the first in a new series of four box sets with volume one being released in April, volume two in October and volume three and four will be released in 2019.  You can pre order this series or the first box set at the Big Finish website.
https://www.bigfinish.com/ranges/coming_soon_reverse/doctor-who---ravenous

For more info on Ravenous you can read the press release at this link.
https://www.bigfinish.com/news/v/eighth-doctor-ravenous