Doctor Who - The Ice Warriors Review 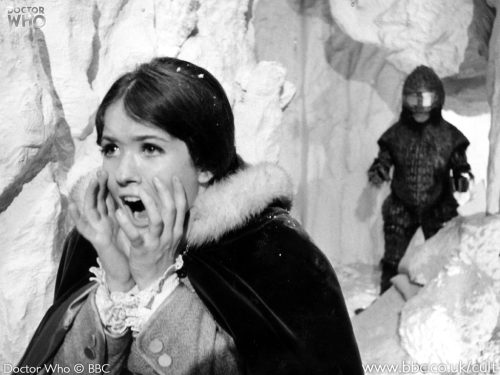 Doctor Who:
The Ice Warriors
By Brian Hayles

“Don't you understand? They're ruthless killers and they'll stop at nothing. Now please, listen to me. There's no time to lose.”

The TARDIS lands, more likes crashes, near Brittanicus Base.  Brittanicus Base is on an island near Great Britain and its job is to keep the glacier at bay by using the ioniser.  In the future Earth is facing a second ice age and bases using ionisers are what they have to try and keep the ice away to survive.  The Doctor Jamie and Victoria have stumbled upon the base in time to help them out with a problem with the ionizer.  By doing this The Doctor has gained the trust of Clent who is in charge of the base. 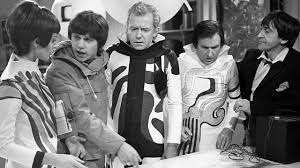 While this is going on Arden is on the ice and makes an interesting discovery.  It appears that he has found a something in the ice that has the shape of a human.   The scientist think it could be a Viking warrior because they see what appears to be the outline of helmet.  They decide to bring the block of ice into the base to examine it some more but the Doctor seems to think it might not be what it appears.  As it turns out, as the ice thaws out, the mysterious shape is an Ice Warrior.  As it is revived the native of Mars captures Victoria and takes her to his ship where he plans to revive his fellow warriors and implement a plan to take over Earth. 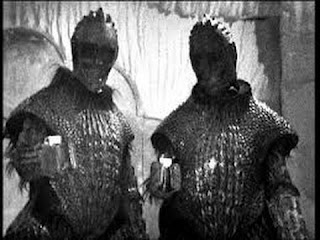 The Ice Warriors if you haven’t guessed it yet is the first Doctor Who story to feature the green natives from Mars and this is probably their best story.  This story came out in 1967 from November to December and it is six episodes in length.  Unfortunately since this story came out during the 1960’s and is a Patrick Troughton story it does have some episodes that are missing.  Episodes two and three are missing but the soundtrack survives which means we are luckily enough to have the two missing episodes animated.  This means we are able to enjoy this story without having to suffer through a slide show reconstruction.   For the most part the two animated episodes aren’t that bad as the animation is a lot better than what they did with Power of the Daleks.  The action moved more smoothly and it wasn’t a distraction to the viewer. 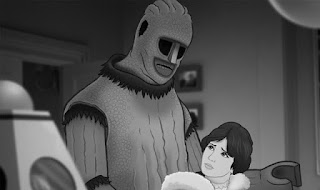 For the overall story The Ice Warriors is pretty basic.  It is your typical base under siege storyline but this story was a little bit more than that.   The leadership of the Brittanicus Base were to dependent on the computer.  The computer more or less told them everything and in fact the plan to save everyone from the Ice Warriors almost didn’t happen as the computer developed self-preservation and was too conservative in its data.  Luckily The Doctor and Penley convince Clent to bypass the computer to use the ionizer to defeat the Ice Warriors.

Season 5 is known throughout Doctor Who fandom as the season of monsters and is one of the best seasons of Doctor Who ever with such stories as The Web of Fear, Fury from the Deep and The Abominable Snowman.  The BBC was able to save money on the costumes as The Ice Warriors came right after the Abominable Snowman so the TARDIS crew was able to stay in their warm weather clothing.   The Ice Warriors is also one of the few stories that feature Victoria.  As most of her stories have been junked there isn’t that many of hers that exist.  Victoria is played by Deborah Watling who passed away in July and this story is a good one for her as she is our conduit to the Ice Warriors.  Through her we learn about the Ice Warriors and what they had planned.  Her scenes with Varga are pretty good and you can get a real feel for the Ice Warriors.  I liked how she escaped and sent the warning to the Doctor and those on the base. 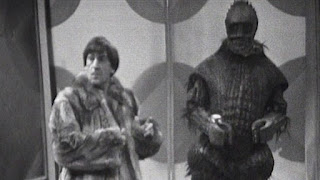 The Ice Warriors is a pretty good story but it is 6 episodes long and does have the problem a dragging out a bit in the middle. But other than that The Ice Warriors has a great performance by Patrick Troughton and his supporting cast is a pure classic with the debut of one of the iconic villains in Doctor Who.  So if you want to watch some of the earlier Doctor Who stories, and are not afraid to watch a show that was filmed in black and white, then give The Ice Warriors a watch and be mesmerized by the Second Doctor and late Sixties Doctor Who.
Grade B+