Classic Space: 1999 - To Everything That Was - Comic Collection Review 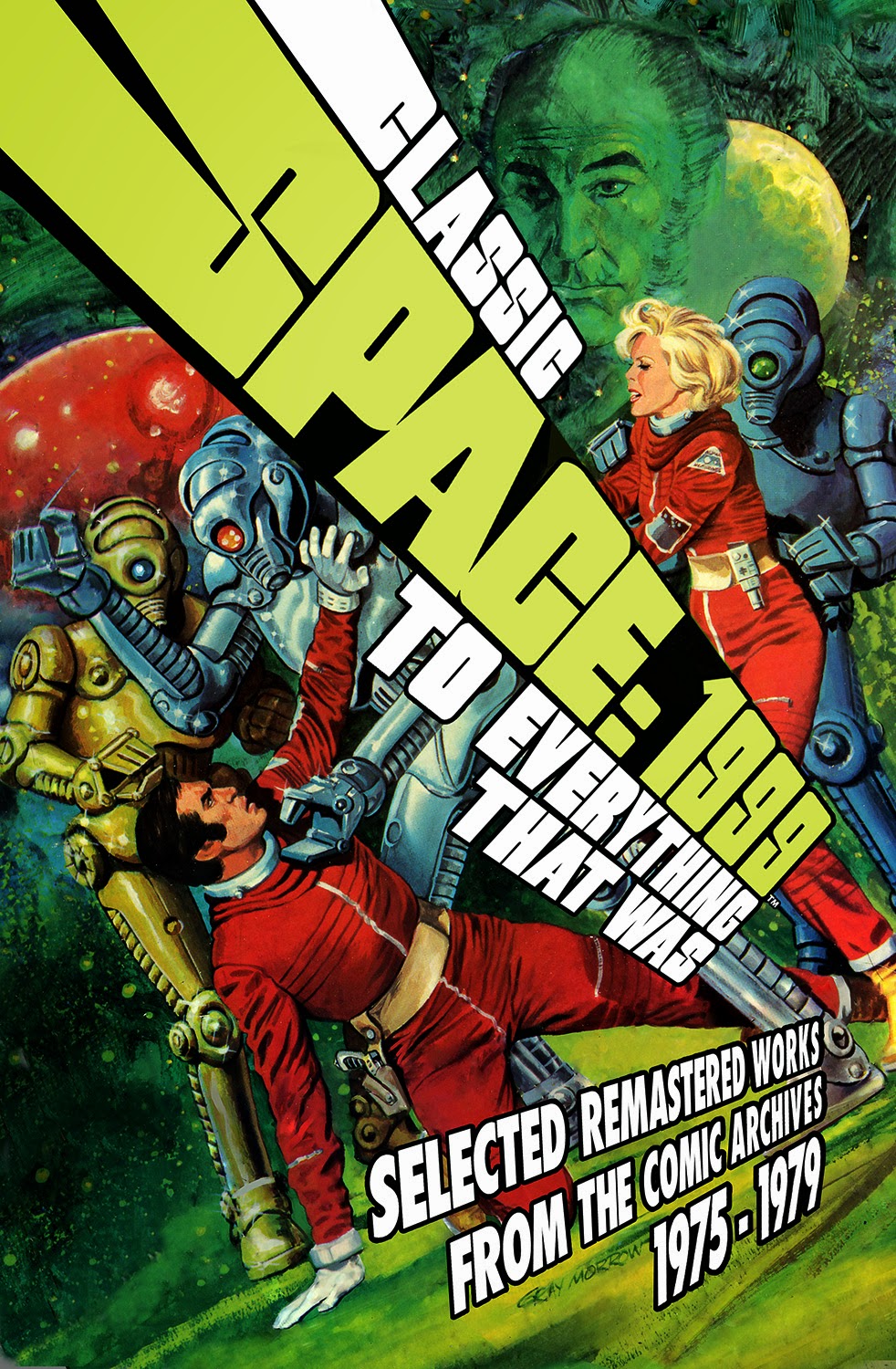 Space: 1999 is my favorite show of all time and so when a product comes out like this, it has gotten my attention for sure.  After enjoying the first compilation of comics, Space: 1999 Aftershock and Awe, I figured I was all in on the rest of this series of comics.  This one would be not all original as it would reprint some of the original comic books and strips from the Annuals from the 70's.  Not just keeping it a straight reprint, publisher Archaia has made some changes to the comics in order to tie in with the continuity from the series and their own vision of the Space: 1999 tale which is represented in a new original story at the end of this collection. 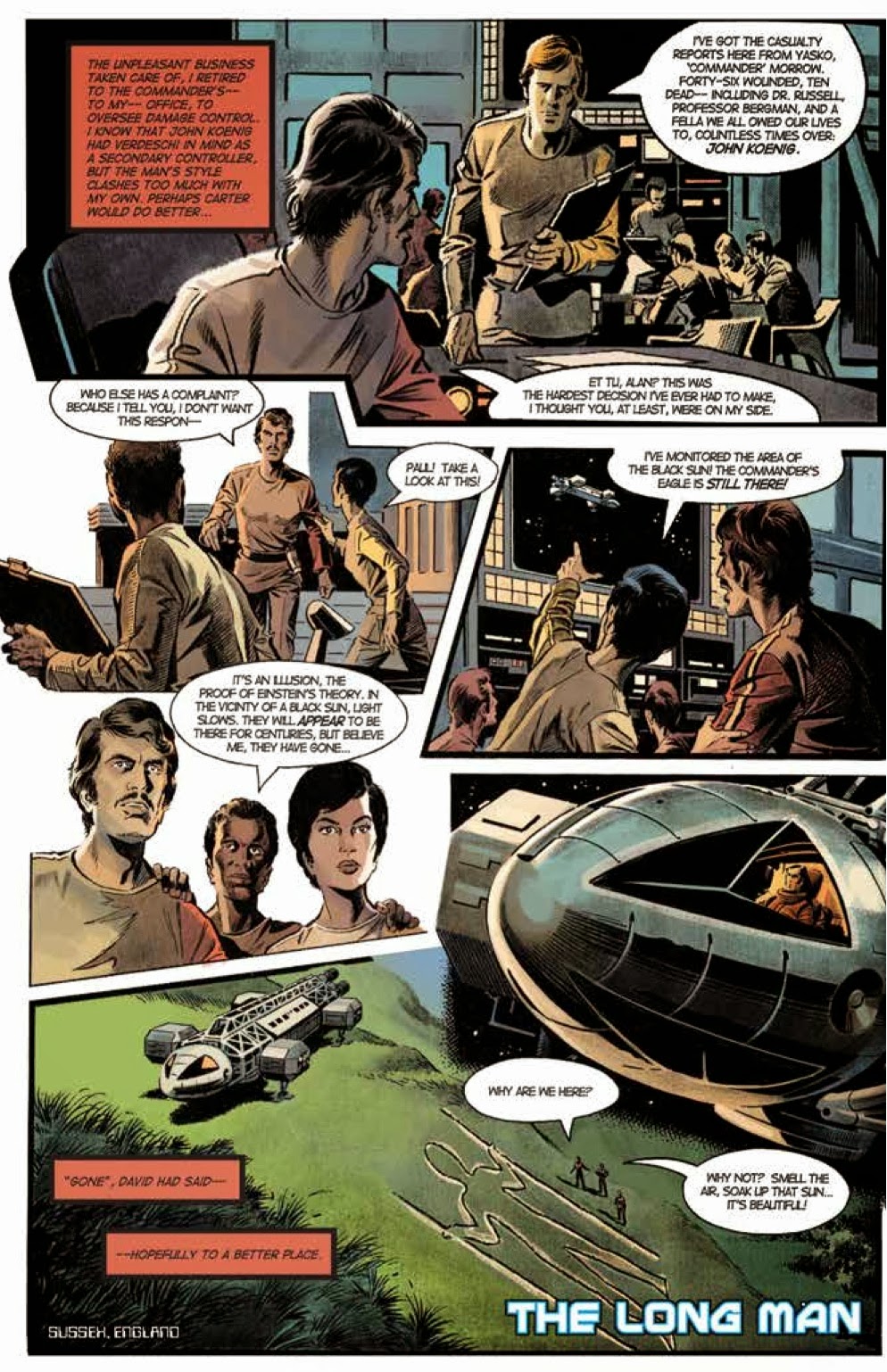 Despite the controversy of changing these previous comic stories, I personally have no problem with this as I barely remember these original comics even though I have them all. I would expect that if anything, the adding of continuity would enhance this stories.

As with the Powys Media novel series, Archaia has taken it upon themselves to improve the continuity of a television show that really had none.  Of course, most shows didn't back before the 90's.  Still, the publishers have injected a number of slight modifications in order to fit into the final chapter of this compilation.  They have added characters, shown and told us of other character deaths and basically created a continuing story line that makes more sense in the grand scheme of things for the Space: 1999 universe.  I personally have an issue with too much continuity, something I will probably address in a future article but for the most part it is handled well in this book. 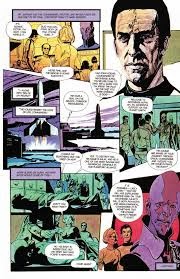 The story as a whole is pretty good with a good mixture of action and suspense.  It was good to see Archaia kept the Hawks in the comic line as the Hawk craft were not used by Alpha in the TV series.  Their popularity and the fact that the comic books did include them originally was good reasons to keep them i, complete with an explanation on why they were not used on Alpha in the original TV series.

Given the limitations of the original comics, Archaia did a pretty good job tying them all together and delivering a final chapter that sort of sets up the option to continue the series into the future.

The reprinted comics are well represented in this superbly well produced format which includes the original artwork from the covers of the comics and the annuals where these stories originated from.

Perhaps the most annoying thing about this changing of the story is the forcing of lots of text boxes in the small areas of the comic page.  I could barely read passages at time. 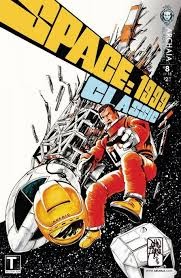 The book is excellent and makes a great companion to the “Aftershock and Awe” book.  I look forward to this universe of Space:1999 to continue and am curious perhaps more about the bridging of these two story lines in all new original work.

This compilation is available online and individual releases are available as well.

Email ThisBlogThis!Share to TwitterShare to FacebookShare to Pinterest
Labels: Archaia, space: 1999, Space: 1999 comic, Space: 1999 To Everything That Was