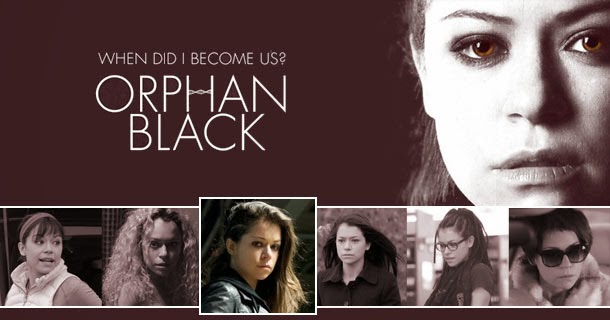 No, I am not trying to get you to watch this show, well, maybe.  If you haven't already, then you have your reasons. Hopefully they are good ones and that you don't regret the decision to skip this superb series down the line. If you are on the fence I would like to give you my top reasons for watching the series.

In getting ready for season 2 of Orphan Black I revisited the 10 episode season 1 by watching the Blu-ray. I have already given high praise to this series and believe it is one of the best, if not best sci-fi series on TV right now. I have come up with a few top reasons you might want to give the show a try and catch up before the season 2 debut on BBC America on April 19 at 9pm. 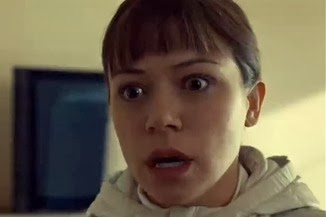 Ten Episodes – The series asks only for a 10 week investment and within that short time frame does an incredible job in riding the rollercoaster of a story with these characters which we learn more and more about. The show does not meander. It progresses along with development of character and plot and keeps you wanting more. My recent hope was to revisit season 1 over the next month or so and my viewing schedule ended weeks early after I viewed the season in just over a week. I couldn't stop watching even though I knew what was going to happen. The series is not bloated with filler and doesn't waste your time. 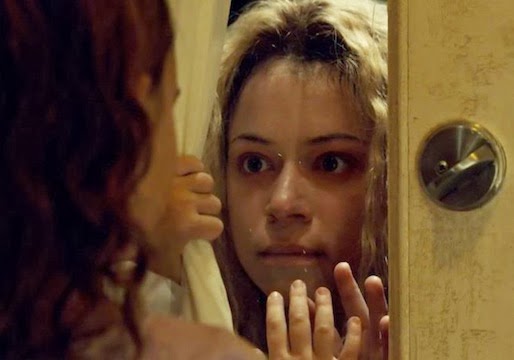 Production – The show has a sharp look works to show off the different locations and characters on display. The styles of camera work, music and lighting change slightly with each set and character change.  When Alison is in her house, the lighting is bright and the camera work straight forward. When Helena is featured, the camera is as crooked and blurry as that character's mind and perception of the world. The budget concentrates on sets and camera work and also does a superb job when the clones share screen time. 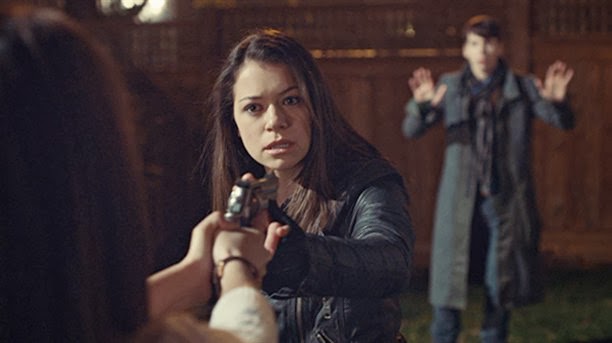 This Show Has Everything – The show has a perfect mix of science fiction, drama, thriller, cop show, and comedy. To see the science side of the plot with Cosima and Dr. Leekey discussing the future, followed by an intense interaction between Art and Sarah pretending to be Beth to Alison hitting her husband over the head with a golf club, thinking he is her 'clone monitor' is a treasure to experience.

The Writing – The back story is still unveiling itself little by little but the show manages to reveal just enough to make each episode pretty important and very exciting. The writers not only are able to lock down the settings and dialog for each of the clones but are able to create a well designed plan that puts all the best aspects of the series right up front. The show constantly surprises and will make you laugh and cry. The story of a clone experiment is the main thread but the examination of the same person (clone), traveling down different life paths and seeing how each one of them is so different and yet still have similarities is fascinating to see. John Fawcett and Graeme Manson have realized a great thriller with great characters. 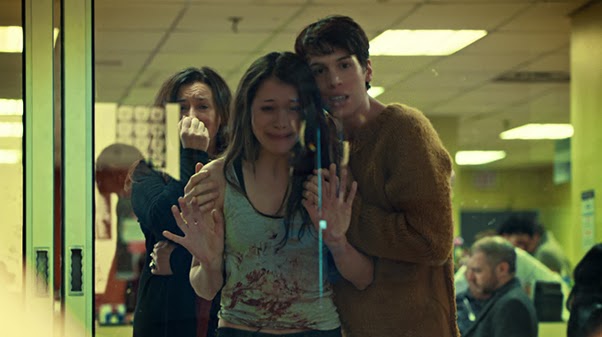 Tatiana Maslany – First off, I am not an actor or actress fan. I rarely watch something for an actor or actress. Watching this show, I was interested solely in the story but within just a couple of stories it was obvious that Tatiana Maslany is something special. Her ability to play the different clones in this series is remarkable. Those character nuances are so well realized that it is the number one highlight of the show. I have seen some well acted shows and movies before but the more I see of Maslany and what she has done with this show the more I realize that she is setting a new standard for acting. Even after watching the show again I would forget that I was watching the same actress playing all of these characters – she is that good. Each of her 'clones' are incredible to watch and all I can do is be amazed at Sarah's heartache toward her daughter or Cosima's love of science or Alison's spiral to a breakdown to Helena's crazed devotion. Seeing Maslany play these parts individually but also when they are together in a room or even more so, when one is pretending to be another, is beyond amazing. I can see acting classes adopting
this show as mandatory viewing to learn how to act.

She has developed a great chemistry to Jordan Garvis, who plays Sarah Manning's half brother, Felix. Garvis and Maslany have perfectly created a chemistry not only between their sibling characters but also with the other clones making each appearance together or as a group, priceless.

There are so many more reasons and you would find those as you began to watch.  The series is available On Demand, DVD, Blu-ray and online.