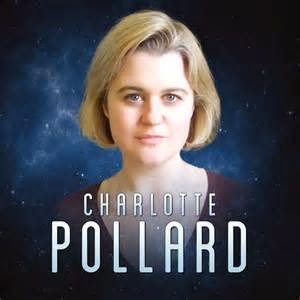 The popular 8th Doctor companion Charlotte Pollard or Charley as The Doctor calls her will be getting her own spinoff series from Big Finish.  The first season box set will be out in May and it follows the exploits of the former companion from the time that she stopped traveling with The Doctor.  You can pre- order it from the Big Finish website.
http://www.bigfinish.com/releases/v/charlotte-pollard---series-one-box-set-1020

Charlotte Pollard’s adventures are over. She escaped death aboard the R101 and travelled in the TARDIS - but now in the service of the monolithic, unknowable Viyrans, their unending mission is stifling her. An encounter with would-be adventurer Robert Buchan, near the mysterious Ever-and-Ever-Prolixity, provides the opportunity Charley needs for escape…

So, the adventuress is abroad once more: meeting a lost expedition in uncharted forests, solving enigmas, and hoping beyond hope to see the people she misses most: her family. But Charley cannot run forever. The Viyrans know the power of the ‘Lamentation Cipher’ and they have a solution… for everything.