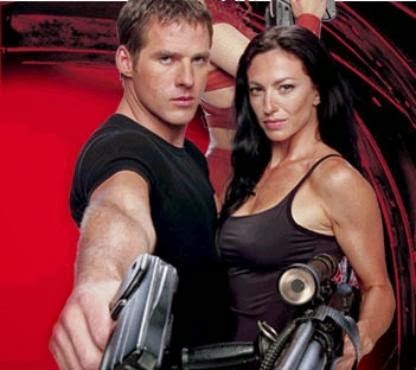 As reported by a few sources, writer Justin Mondo is working on a script for a TV movie for Farscape. The movie will be a continuation of the comic series which sees John and Aeryn's son, D'Argo, now 19 years old joining his parents on a new adventure. Details are sketchy but it has been over 7 years since the final Farscape story, the mini-series The Peacekeeper Wars and the comic ended in 2011.  We will no doubt keep you posted on any further developments.