Doctor Who - Are The Daleks Set To Return In Series 8???? 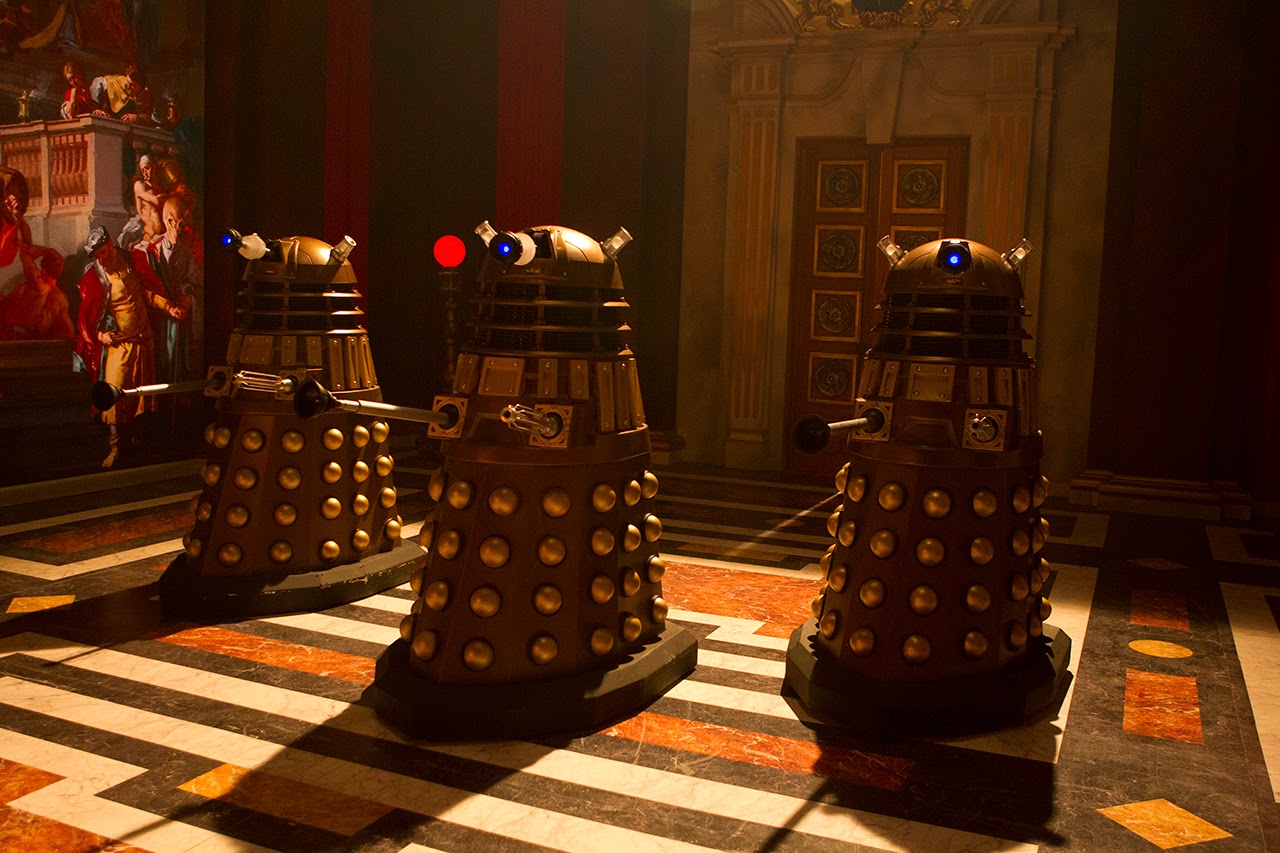 Could the Daleks be returning in Series 8 of Doctor Who?  It has been on a lot of Doctor Who websites that they are. It seems that the sites are picking up an article in The Star (Grain of salt) that the Daleks will be facing off against Peter Capaldi's Doctor.  It makes sense for them to return and face off against a new Doctor but so soon since they have been done to death in the last two specials of 2013.

The article states that is has been a lifelong dream of Peter Capaldi's to face the Daleks as The Doctor and I'm sure he will be getting his wish and have his dream become a reality.  Lets just hope it is a good story and that they give us a different take or twist with the Daleks instead of the same old same old.

You can read the article by The Star here: http://www.dailystar.co.uk/showbiz-tv/hot-tv/365780/Dr-Who-New-doc-Peter-Capaldi-lives-his-teen-dream

Email ThisBlogThis!Share to TwitterShare to FacebookShare to Pinterest
Labels: daleks, doctor who, Doctor Who Series 8