Doctor Who - Synopsis For Scavenger 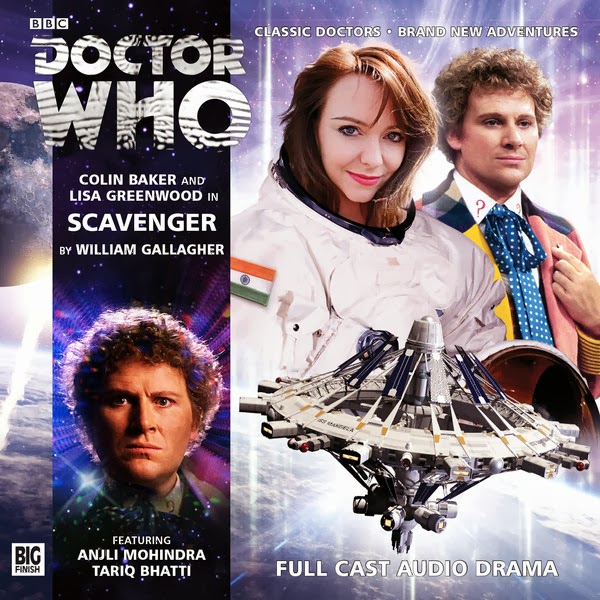 The Main Range release for March sees Colin Baker taking center stage once again with his companion Flip.  This is the end of this mini trilogy as Peter Davison will be The Doctor featured in April.  You can order it from the Big Finish website.
http://www.bigfinish.com/releases/v/scavenger-825

Thursday 28 May 2071: the day the Anglo-Indian Salvage 2 rocket launches. Its mission: to clean up space; to remove from Earth’s orbit over a century’s worth of man-made junk…

From the viewing window of a nearby space station, the Doctor and Flip have a unique view of Salvage 2 as it sets about its essential task – and of the disaster that unfolds when Salvage 2 encounters something it’s not been programmed to deal with. Something not of human manufacture…

Back on Earth, the Doctor fights to save Flip from becoming part of a 500-year tragedy being played out in orbit, hundreds of miles above. And millions will die if he fails.