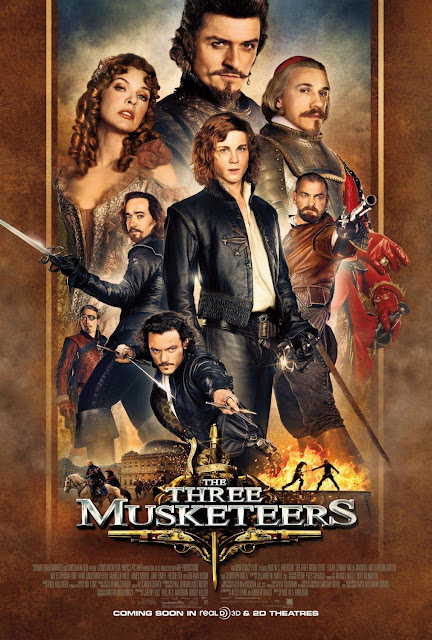 In the spirit of going out to the movies as a family we head to one of the 3 multiplexes near where I live. (Who would have thought that a small farm town would have so many movie theatres near him) The Family decided to see the new foray into the legend of The Three Musketeers.  Well after seeing the trailer a few times I'm sure this is not what Alexander Dumas had in mind when he 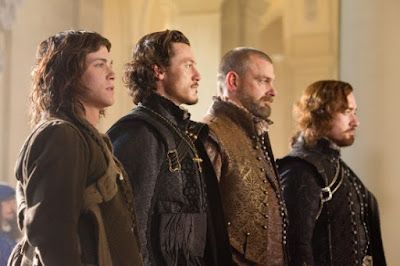 wrote about them all those many many years ago.  But any way the same blueprint is there though.  You have the The Three Musketeers as we know them and you have the Evil Cardinal who is scheming to get the crown for himself and of course there is girl that needs saving.﻿ 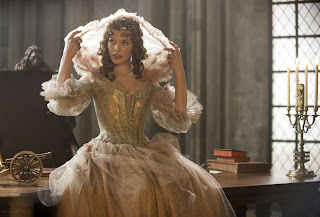 This movie starts off  like most Three Musketeers movies do with D'Artagnan riding to Paris to become a Musketeer.  There he finds a disgrace group of Three Musketeers who were bamboozled by Duke Buckingham and Milady who as it turns out betrays the Musketeers.  What noones is that Miladay is a double agent really working for the Cardinal who sets her off to set up Buckingham and the Queen as lovers making the King of France declare war against England.  So it's up to the Musketeers to go and save the day and bring back the stolen necklace that Milady stole to plant on Buckingham and prevent a big disaster. 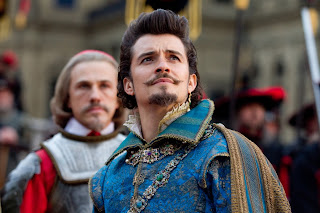 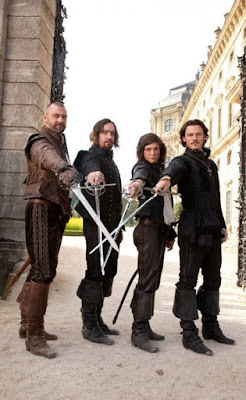 This was a pretty basic adventure movie.  But I loved it.  It wasn't as stupid as I thought it was going to be.  When you watch the trailer and see the flying machines you think "This looks Stupid" but it really wasn't cause the flying machines do not take up that much of the movie.  Sure there is a pretty cool sword fighting scene on board the flying machine but they do not take away from the main point of the story.  The story was pretty basic and easy to follow but that is what you want with and action and adventure film.  You don't want to be bogged down by plot that makes you think or scratch your head when you are really looking for is action and in this case lots of sword fights.  There was a fair share of comedy in it also as James Corden was there for comic relief.  What I really liked about this movie is that it took the the legend of The Three Musketeers and made them hip and cool for a younger audience and hopefully they go and read the book (i doubt it unless it is available for download) and the film didn't take it self too seriously and kept it in that swashbuckler mode and kept it moving with action and witty dialog. So if you are looking for a movie to help you forget about life for awhile then I suggest going to see The Three Musketeers and have a good time.
Grade B+