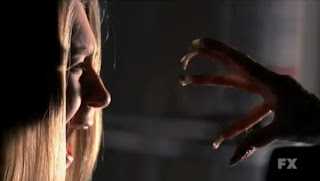 Tis the season to be scared but what can you watch on TV to fit this bill?  Well, you could watch the news and see all the real terrors of our world.  If that is too gruesome (it is for me) then perhaps you can be mortified by all those reality programs such as Big Brother, Survivor and or even scared by all the lack of talent in those types of shows.  But if you want to escape reality and the ‘fake reality” then cuddle up to one of these series on TV and be prepared to be scared, shocked, grossed out and terrorized. 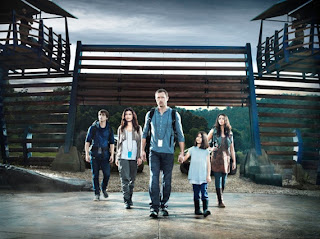 Terra Nova – this is not a horror series but it does have scary dinosaurs.  Expect style scares from the variety of prehistoric creatures attempting to eat the invaders of the future.  Of course as we already know from the premise, the humans are their own greatest threat and so it may be that the dinosaurs are more frightened of them.  Scare Scale – 1 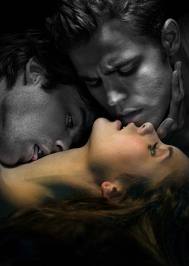 The Vampire Diaries – Ah, vampire love.  Nothing says I love you more than someone biting your neck.  This series has a large amount of vampires, werewolves and witches.  The death count is high and the amount of ripping off from Buffy the Vampire Slayer is as well.  The chemistry between the characters of Elena and Damon is much more interesting hence more scenes with them together than Elena and her love, Stefan.  Angel… I mean Stefan has turned bad and that is all I know because I don’t watch it any more.  Still, expect plenty of ghoulish fun.  Scare Scale – 3 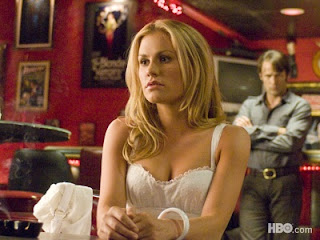 True Blood – Vampires, Werewolves and Witches, oh, my, another show with this.  The difference with this show is it is geared more toward a harder edge audience (being shown on Showtime).  Plenty of sex and gore in this series.  The series is no doubt popular but like Vampire Diaries, I gave up after one season.  I couldn’t stand any of the characters so had no invested interest in watching.  Scare Scale – 4 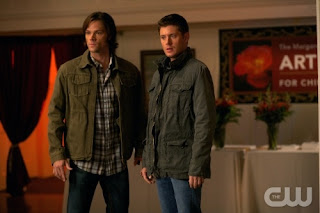 Supernatural – This is, IMO, one of the best shows out there.  It is old school monsters and hunters fighting one another with large amounts of gore and scares.  The monsters have turned more biblical of late so don’t expect to see as many vampires and werewolves.  The series has a good humor about itself which balances itself well with the dead serious stories.  I cringe when I see other current horror series being appreciated more than this one and credit this to the length the show has been on and the feeling that people must start watching from day one.  Anyhow, still packs a punch.  Scare Scale – 4 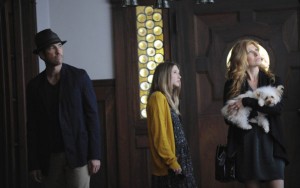 American Horror Story – Only a few episodes in, this one has the feel of The Shining, and America Gothic.  The show appears to be trying to shock people with its sex, swearing and violence more than a cohesive story but I suspect things will make more sense as time goes on.  Since the show has so many weird happenings and all the characters are absolutely crazy, it is hard to guess what will happen next, hence plenty of scares and shocks.  Scare Scale – 4 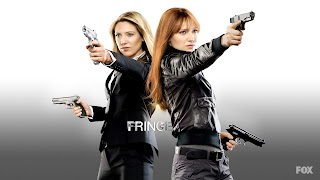 Fringe – The horror in this series is pretty shocking and way out there at times.  This really expands the viewers imagination when it comes to the science involved and the ways people are being killed or threatened.  The show constantly changes direction and has a strong alternate world story going on.  Scare Scale – 3 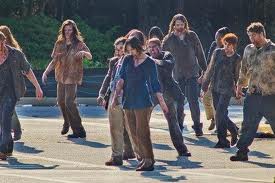 The Walking Dead – Zombies are scary.  The fear of infection is even more scary.  The fear of falling asleep, more so.  This series is slowly developing but like the Zombies themselves, is not moving that quickly.  I feel I have seen it all before but I do get a feel the emotion of loss and danger the survivors have.  Scare Scale – 2 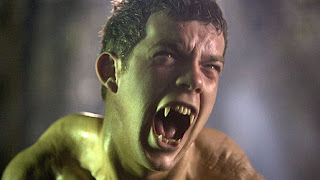 Being Human () – There is lots about this show that is good and lots that are not.  The last season was incredible and shocking to say the least.  I am very curious on what will happen next.  The show can stand up with the rest of these series from time to time. There is a version of this series that may be good.  Scare Scale – 2 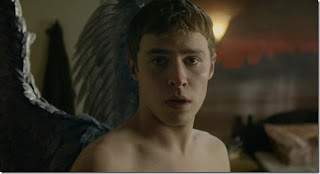 The Fades () – just finished in the , this series is probably more like Supernatural than any other on this list.  There is an involved story that isn’t just about ghosts and demons.  There is a mythology about this show that is fascinating and the series has plenty of twists and shocks along the way – Scare Scale – 2

Anything else I missed I either don’t watch or just forgot about, sorry.