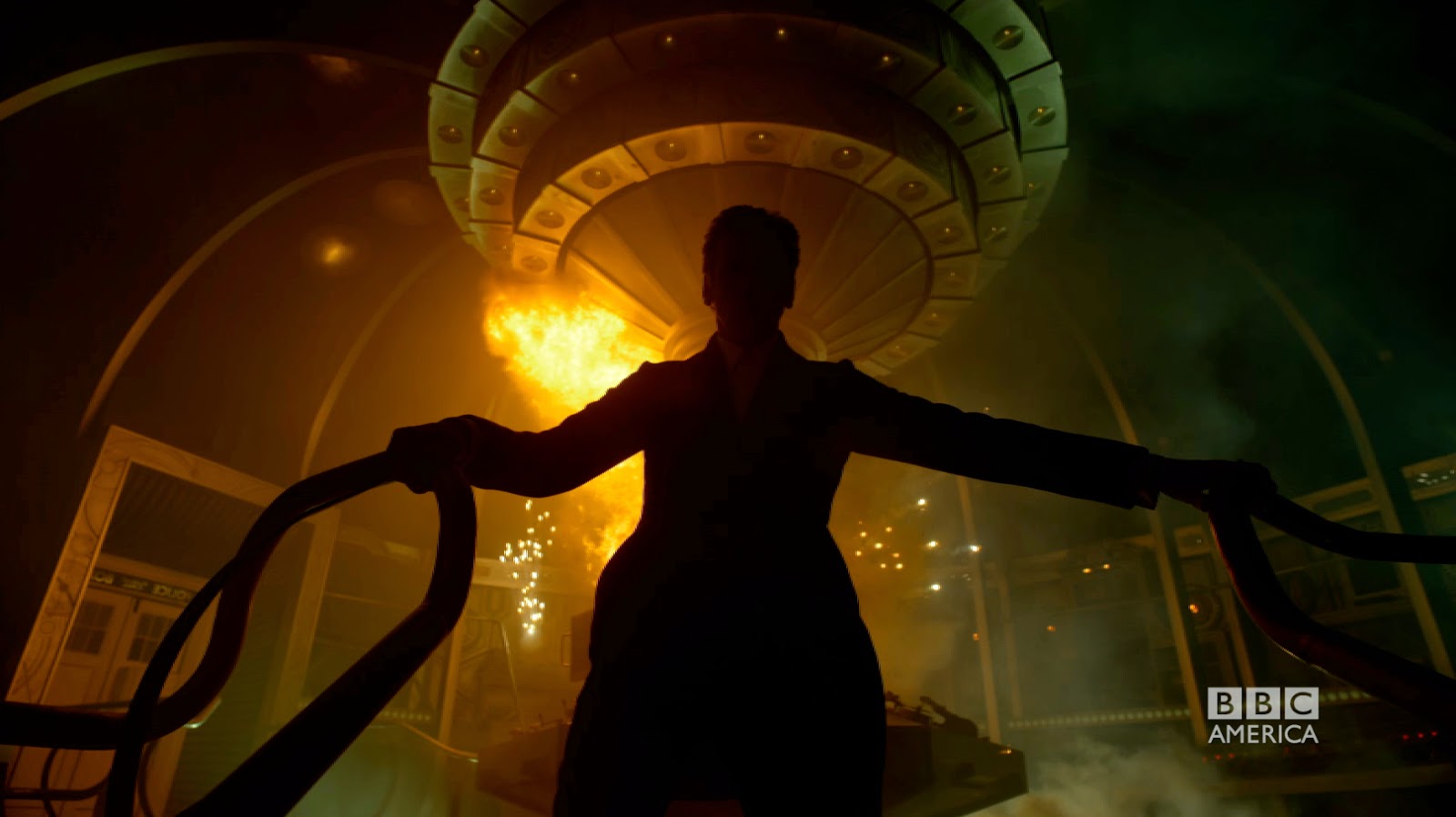 New York – June 10, 2014 – BBC AMERICA and the BBC Worldwide announced today that for the first time ever, the iconic sci-fi series, Doctor Who, will launch a global world tour to introduce Peter Capaldi as the new Doctor. The trip will see Twelfth Doctor Peter Capaldi, on-screen companion Jenna Coleman, and the show’s Lead Writer and Executive Producer Steven Moffat*, visit seven cities across five continents in 12 days to take part in a series of media and fan engagements to publicize the upcoming season to a global audience. The tour launches in the UK on August 7 and finishes in Brazil on August 19. On Thursday, August 14, Peter Capaldi and Jenna Coleman will appear together for the first time in the US when they arrive in New York.

The introduction of the new Doctor follows last year’s record-setting global success of the 50th Anniversary special, which was broadcast across the world simultaneously in 98 countries and released in more than 1500 cinemas globally. The special broke ratings and social media records for BBC AMERICA as well as set a new record for a one-night unaudited theatrical event - reaching No. 2 for the night at the US box office. Filming of the 12-part season continues through August. As in past years, the series will premiere on BBC AMERICA day and date with the UK in August.

Peter Capaldi on his excitement ahead of the tour: “It’s fantastic that so many people across the world love Doctor Who. After 8 months solid filming deep in the world of monsters, Jenna and I are thrilled to be heading for the Planet of Fans.”
Executive Producer and Lead Writer Steven Moffat adds: “I've always thought we'd all be a lot safer if the Doctor conquered the world, instead of the Daleks. Now with Jenna and Peter leading the charge, it looks like it's going to happen. I'll be bringing up the rear to handle the exposition scenes, and maybe carry some bags.”

Richard De Croce, SVP, Programming for BBC AMERICA says: “It’s a new beginning for one of the most popular series in the world and we couldn’t be more excited to have the Twelfth Doctor live in New York to promote the long awaited return of Doctor Who on BBC AMERICA. It’s going to be epic.”

The tour marks the largest ever promotional undertaking in Doctor Who’s 50-year history and will kick off in Cardiff, Wales before taking in London (UK), Seoul (South Korea), Sydney (Australia), New York (US), Mexico City (Mexico) and Rio de Janeiro (Brazil). More details of the itinerary will be available soon at www.doctorwho.tv/worldtour as well as reports from the tour as it happens, which fans everywhere will be able to enjoy across social and digital platforms. Doctor Who is distributed by BBC Worldwide to over 200 territories.

* Due to production commitments, Steven Moffat will be unable to attend to the entire tour. His schedule will be confirmed soon.
Posted by DR5WHO at 1:52 PM