Doctor Who - Colin Baker and Terry Molloy Added To L.I. Who 2 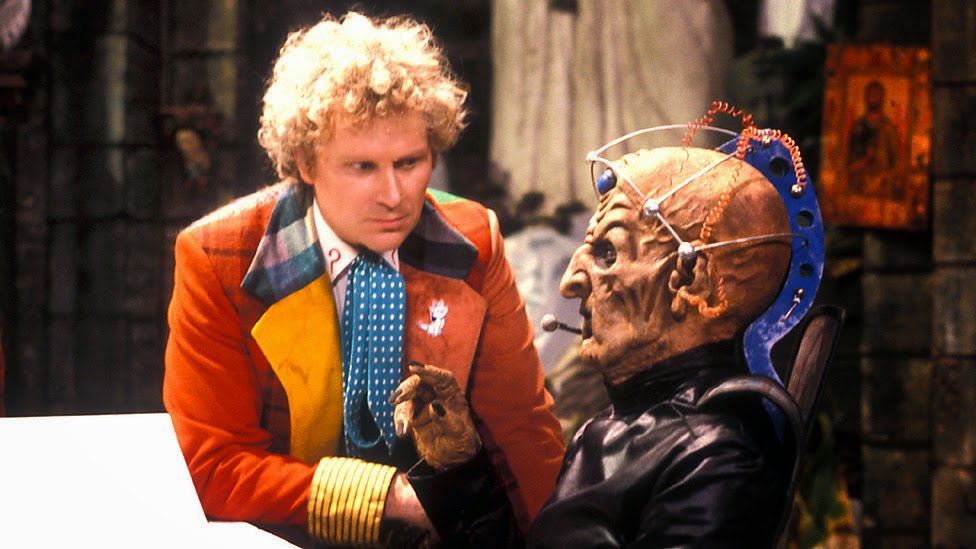 The ever expanding Long Island Doctor Who convention has added another Doctor and a main nemesis.  Colin Baker who plays the 6th Doctor and Terry Molloy who played Davros during the 80's have been named to the guest list.  This years convention is taking shape to be a great time with lots of guests and two Doctors. Tickets are going fast and you can get them and see who else is a guest at the link below the press release.

Colin Baker is coming to LI Who 2! Colin Baker who played the Sixth incarnation of the Doctor. During the three years that he was The Doctor, Colin battled Cybermen, Daleks, Sontarans, Sil and even Kate O'Mara. His interpretation of the Time Lord was brash, loud, opinionated and didn't suffer fools gladly. Upon Colin leaving the role he never turned his back on the show. reprising the role of the Doctor on stage and in audio format. In fact he has become one of the popular Doctor in the Big Finish audio dramas. (www.BigFinish.com) Colin also starred in The Five(ish) Doctors with LI Who 2 guests Paul McGann Debra Watling and past LI Who guest Sylvester McCoy.


Colin is also one of only two actors to have come back to play The Doctor the other being the current Doctor Peter Capaldi. Mr Baker first came to Doctor Who as Commander Maxil a guard on Gallifrey that shot the Fifth Doctor (then played by Peter Davison)
IN addition to Doctor Who Colin has appeared in THE BROTHERS, BLAKE'S 7, CASUALTY,DOCTORS, LITTLE BRITAIN, KINGDOM, HUSTLE, I’M A CELEBRITY GET ME OUT OF HERE! and other shows too numerous to mention. His Theatre credits are legion having been in dozens of productions his most recent being ALADDIN.
As an Author he has written 3 books as well as a column in his local paper. The Bucks Free Press (www.bucksfreepress.co.uk)
He can be found at his website http://www.freewebs.com/colinbaker/.
He is also very active on twitter @SawBonesHex

We would like to thank our good friends at Alien Entertainment (www.alienentertainment.com) for coming back and bringing one of our favourite Time Lords with them.


LI Who welcomes Terry Molloy to LI Who 2. Terry who played Davros creator of the Daleks starting with Resurrection of the Daleks against the Fifth Doctor Peter Davison and then again with LI Who 2 guest Colin Baker’s Sixth Doctor and Sylvester McCoy.
Mr Molloy also is very active in Big Finish audio dramas having reprised his role as Davros in Davros and other plays such as Terror Funa and The Next Life with LI Who 2 guest Paul McGann as the Eighth Doctor, The Dying Light with LI Who2 guests Frazer Hines and Wendy Padbury, and Masters of War with LI Who 2 guest Jason Haigh-Ellery.
He has also played Mike Tucker on BBC Radio 4 ‘s The Archers since 1973
His most recent theatre work was as ‘Andrew Wyke’ in Anthony Shaffer’s famous thriller Sleuth.

L. I. Who 2
November 7-9, 2014
Long Island's Doctor Who convention
This Time It’s Personal!
www.LongIslandDoctorWho.com
Posted by DR5WHO at 7:08 PM