Pirates of the Caribbean: On Stranger Tides Movie Review (Spoilers) 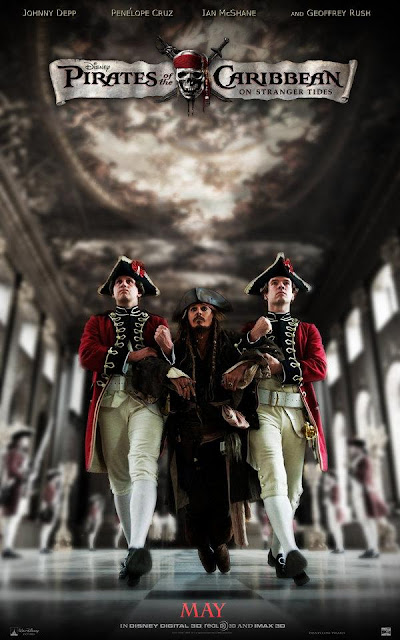 Being a fan of the last 3 Pirates movie most notably the first one which is one of my all time favorite movies to watch due to it's fun nature and action sequences mainly of the sword fighting kind.  The other two kind of got a little bit more into magic and mysticism.  Some parts just of the next two got a bit bizarre but were pretty good once they got going.  Mainly with the 3rd one.  So going into the 4th
Pirates movie On Stranger Tides I mainly went in with low expectations.  Gone were Orlando Bloom and Keira Knightly to be replaced by Penelope Cruz.  So there had to be new chemistry to get use to.  Well after watching this movie I was pleasantly surprised how good it was.   ﻿It was your basic simple story with enough action to keep things moving.  Of course the highlight was seeing Johnny Depp reprising his famous role of Captain Jack Sparrow.  Seeing Johnny Depp as Jack Sparrow, as with the past 3 films, was truly the highlight of the film and the main reason people flock to this film.

The story is pretty simple.  Blackbeard is searching for the fountain of youth and Captain Jack Sparrow has the map.  So they kidnap Jack and the quest and fun begins.   On Stranger Tides has all the elements that you would expect from the Pirates franchise.  You have tons of swords fights, lots of action and comedy and you also have the great comedic chase scene.  This time Jack Sparrow is being chased by the British army in London after having an audience with the King.
If your looking for a fun movie where you don't have think to much then this movie is for you.  I enjoyed watching this movie and it was a lot of fun despite some of it's short comings mainly of not being to strong of a story but that is what you expect from a summer movie.  Brainless action mixed in with some moments to make you laugh.
Grade B+

Email ThisBlogThis!Share to TwitterShare to FacebookShare to Pinterest
Labels: Johnny Depp, Pirates of the Caribbean: On Stranger Tides