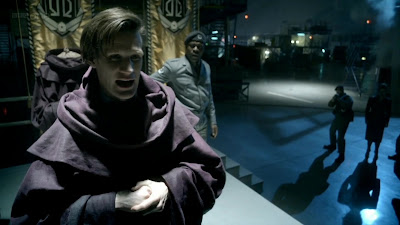 Doctor Who: A Good Man Goes To War
By Steven Moffat

The series six mid way point is here and the big revelation is here and judging by the response on the Internet this story will go down as one of the big ones.  But should it. Was A Good Man Goes To War a great episode or will it be mainly viewed in the eyes of the fans as one of the greatest stories ever due to the fact that we find out who River Song really is.  The clues are all there in this episode as 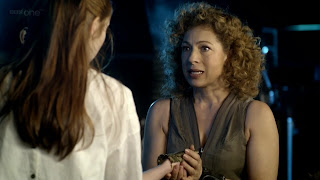 River Song is in fact Amy and Rory's baby.  You got that.  Good.  So does this story live up to the hype.  I believe so as I was mainly watching to see who River Song is.  After getting the answer I watched the episode again and found that I enjoyed it just as much the second time around. 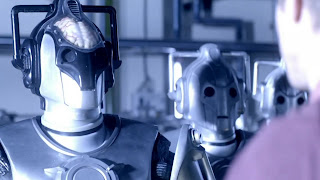 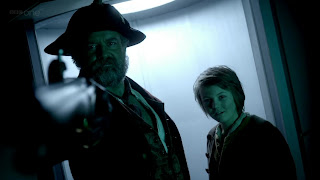 Was this the greatest story ever.  Well no, not really.  But it wasn't that bad either.  I mean there was a lot of stuff going on in it and we had the reappearance of fighter planes from Victory of the Daleks and the pirates from The Curse of the Black Spot. Did we really need to have all these characters in it?  I don't think so as it just seemed to be a cluster fracker.  I think this story would have survived without bring back all those characters.  So yes I wasn't that crazy to see the pirates and fighter planes.  I didn't mine seeing the Cybermen but wouldn't they just gun down Rory when he appeared on the control deck.   I like the cybermen and was disappointed that they appeared wimpy and didn't play a bigger part in this story. 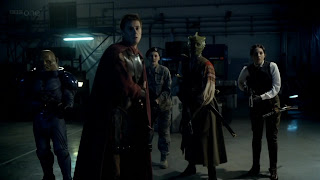 I did like the Sontaran nurse.  It was pretty funny to see what happens when a Sontaran falls out of favor.  The look on Amy's face was priceless when he said that he was augmented in the different ways of nursing.  I thought the Silurian samurai was pretty cool also.  This gathering of friends kind of reminded me of a 6th Doctor comic strip from the 80's.  I don't remember the title of the strip but the premise was sort of familiar. 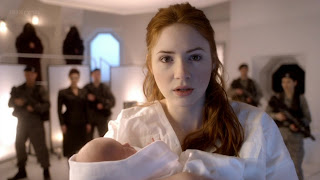 I didn't think the story was all that strong.  I mean if you have to rely on so many characters to get the fans in a frenzy then you lose some of the storytelling.  But anyway I thought they set things up for the second half of the series pretty well with the Doctor determined get baby Melody/River Song back to Amy and Rory and find out who wants the baby as a weapon against him.  I doubt it's the eye patch lady as she seems more like a lackey than the one in charge. 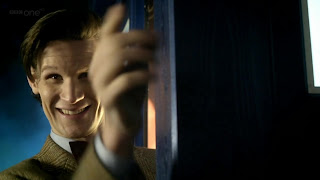 I liked the headless monks and thought they were a decent character.  You know that we haven't seen the last of them as I believe that Steven Moffat will use them again.  Hell he used the Pirates and fighter planes again.  I did enjoy this story as there was some good points about the Doctor and where they want to go with his character going forth.  I'm sure that some of these characters we saw in this story that survived to live another day like the Silurian and her lover Jenny. 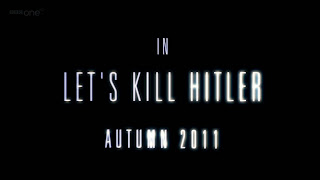 I didn't think this was a bad story as it was fun to watch and had some good moments in it.  Besides the fact that we find out about River Song and who she is in relation to Amy and Rory we are left with the mystery of when does the Doctor meet back up with Amy and Rory. I'm sure we'll have some of those answers in the oddly titled episode 8 "Lets Kill Hitler."  I do find that a very odd title for Doctor Who considering it's suppose to be a family show airing during family viewing time in the UK.  So in all an average episode that is helped by the last 5 minutes or so to get the fans in a tizzy.
Grade B- (Would have been a C if it weren't for the River Song revelation.

screencaps courtesy of Demon - Cry.Net
Posted by DR5WHO at 8:42 PM