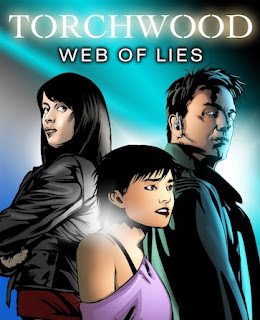 The BBC have released information in a press release about Torchwood: Web of Lies.  Apparently you can get it through ITunes through a special app.  You can purchase the episodes in groups of 3 for 0.99 or all 10 episodes for $2.99.  Torchwood: Web of Lies stars John Barrowman, Eve Myles and Eliza Dushku.  You can read all the details in the press release here.
http://www.bbc.co.uk/pressoffice/bbcworldwide/worldwidestories/pressreleases/2011/06_june/torchwood_web_of_lies.shtml
Posted by DR5WHO at 3:57 PM