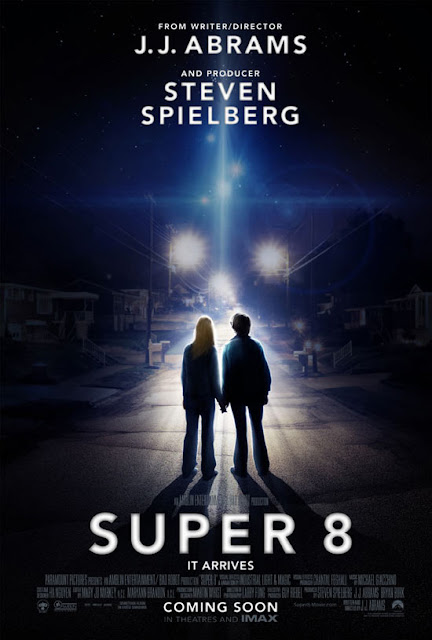 Do you remember the movies that came out in the 80's that were fun to watch.  I'm talking about movies in the vein of the Goonies.   Well if you enjoyed watching the Goonies back in 1985 then you 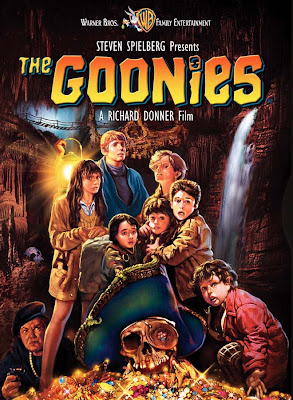 are going to enjoy watching Super 8.   The movie is centered on a bunch of kids who are making a zombie movie for the Super 8 movie contest.  So the group of friends pull their resources to make this movie.  But what they get into is a whole lot more than they expected.  Like an alien that escapes the US Air Force after the train that was transporting it crashes with a truck.  Then all the weird stuff happens and the movie really takes off.

I wasn't to sure what to expect from this movie as I didn't read to much about it and was curious about it by seeing the trailer on TV.  Then after reading the review in the newspaper (yes people still read them) and a rainy Saturday afternoon the family decided to catch the 1:10 showing.   I enjoyed Super 8 right from the start as it brought back memories of movies that came out during the late 70's and early 80's.  At times watching this movie I spotted stuff that I had during that time most notably the poster of the space shuttle. 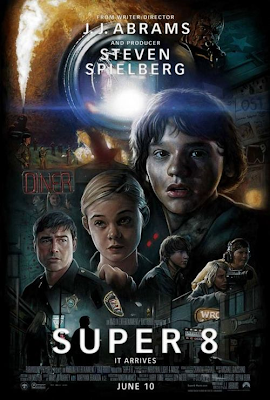 I really enjoyed this movie as it was somewhat reminiscent of The Goonies.  It was in a way.  Same type of coming of age story with  different scenarios.  Instead of a pirates treasure you had an alien trying to get home. Almost similar to ET in a way also.  I thought this was great as all you had to do was sit in the chair and watch the film.  There wasn't a complicated story or tons of effects to bog it down.  So if your a fan of Michael Bay just wait a month and you will have your movie.

I liked the scary aspect of this film.  What makes it scary and it's a good scary is that you don't see the alien until the last 1/4 of the movie.  I liked that as you didn't know what the alien looked like and you only had the scared looks of the people that it had kidnapped or killed to go on.  The movie is rated PG 13 but I thought it was ok for kids younger than that.  You just have to explain to them not to use the bad words that are used a lot in this movie.

So if you are looking for a movie that you can take the family to that isn't to cute and cuddly and you want to relive your childhood then go and see Super 8.  It's this generations Goonies and that's ok with me.
Grade A