Doctor Who Comic Book Previews and Covers For November 16th 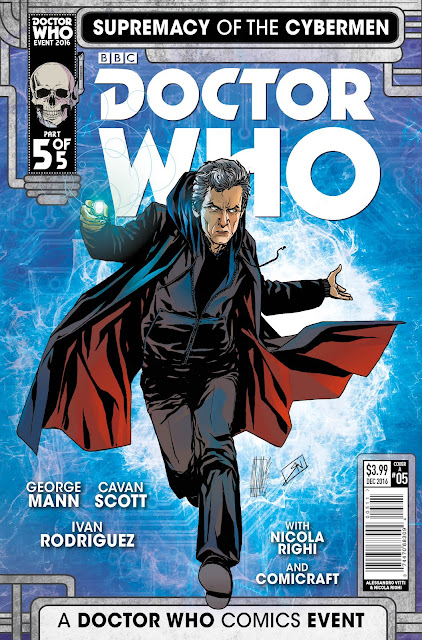 Out today are two Doctor Who comic books both featuring the 12th Doctor.  First is the conclusion to the five part multi Doctor Cybermen story and the second is the 12th Doctor issue eleven of his ongoing series.  You can pick both of these up at your local comic book store. 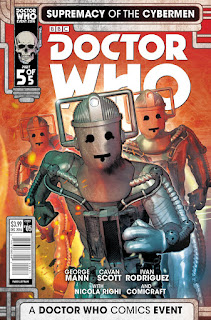 DOCTOR WHO: SUPREMACY OF THE CYBERMEN #5


The storming conclusion to the 2016 Event! Universes will live and die, and timelines will be changed for ever. You MUST NOT MISS this staggering finale! 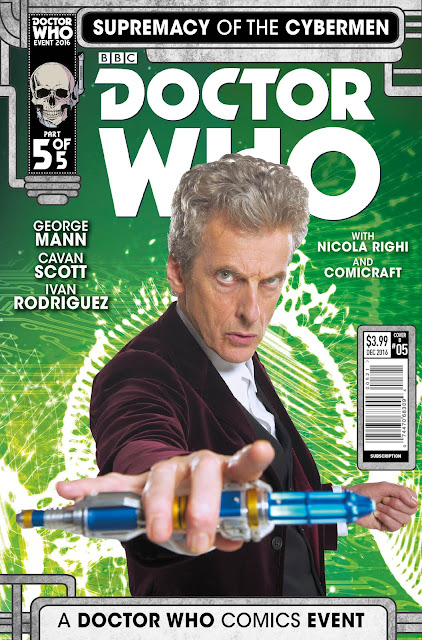 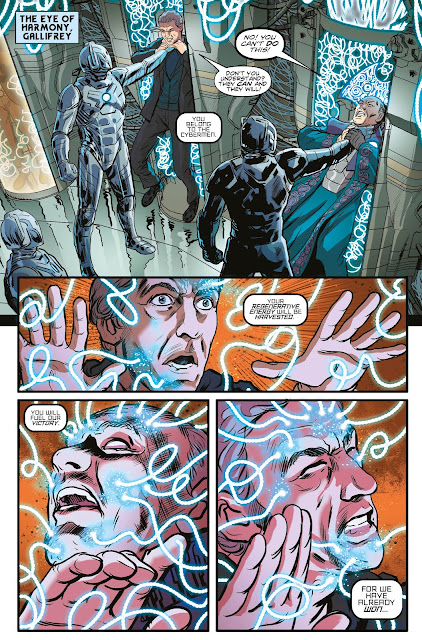 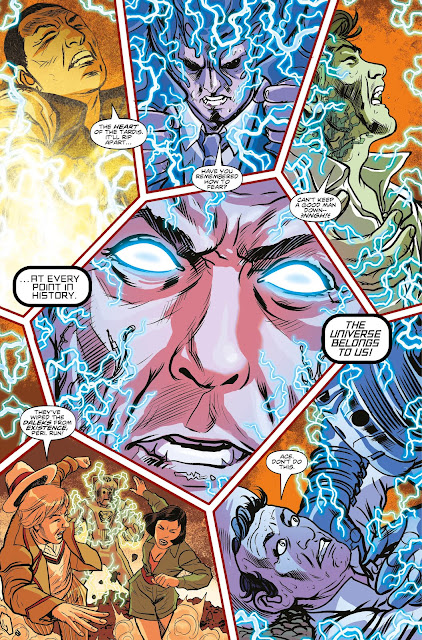 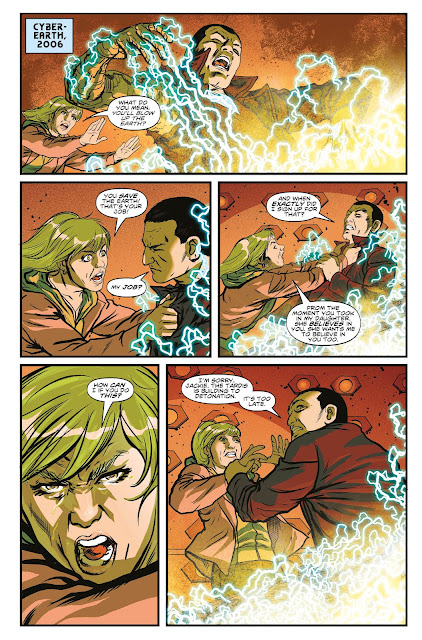 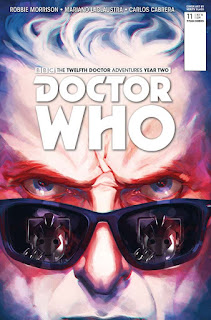 ALL-NEW STORY ARC BEGINS! Robbie Morrison returns for more adventures with the Twelfth Doctor, with a new comics companion in tow! Who can stand alongside the Doctor on an intertemporal romp of piracy, peril, and paranoia? And what affect will they have on the Twelfth Doctor's future?! 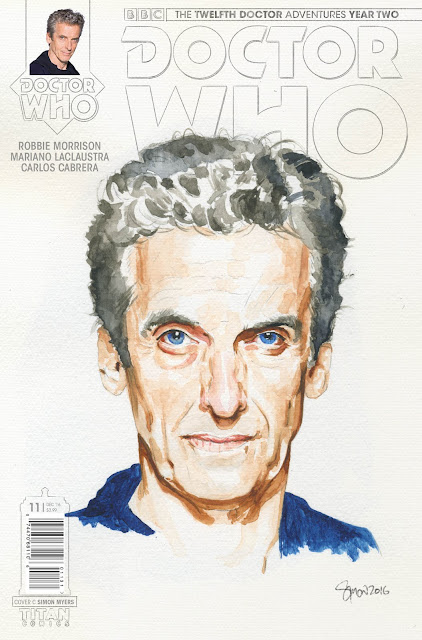 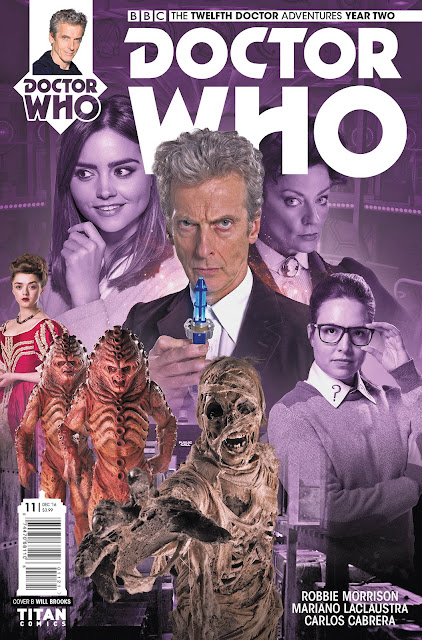 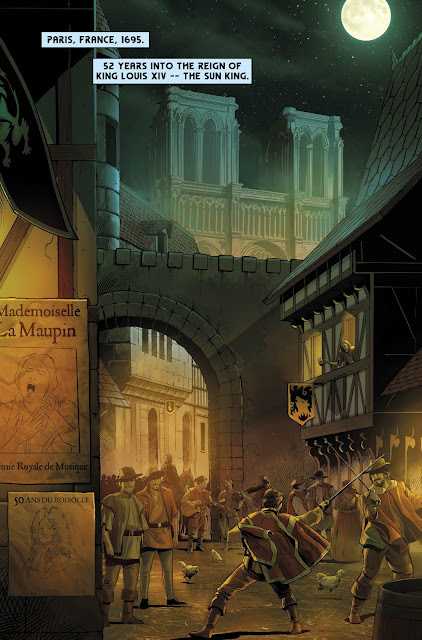 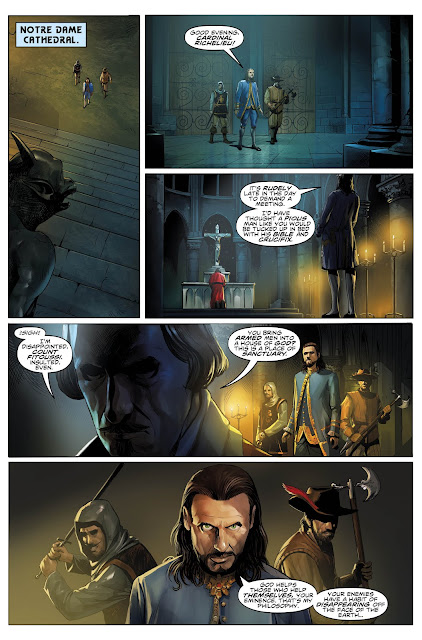 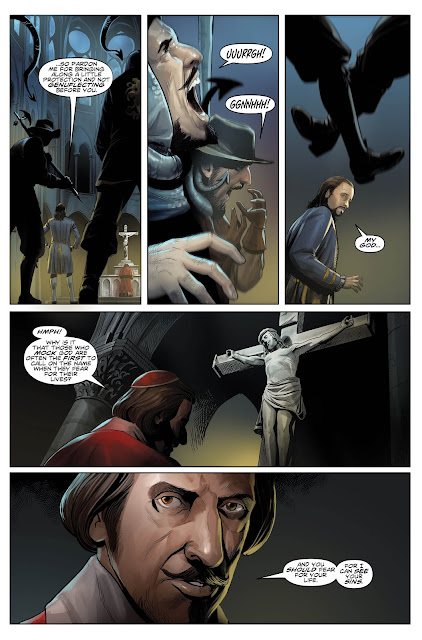 Email ThisBlogThis!Share to TwitterShare to FacebookShare to Pinterest
Labels: 12th Doctor, Cybermen, doctor who, Peter Capaldi, Supremacy of the Cybermen