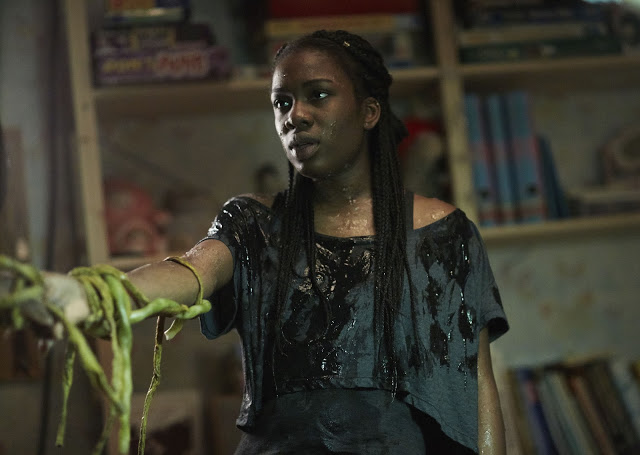 Tanya is visited by what appears to be an apparition of her father on the second year anniversary of his death.  Tanya is pretty convinced that this alien is trying to play with her feelings for her late father and she isn’t the only one.  The Lan Kin have come through the breach and have ssent out what looks like giant vines to peoples home prying on those who have lost somebody to death and haven’t let go of their grief.  This is evident when Ram is visited by Rachael while he is Skyping with April.  Also Miss Quill is visited by her dead sister and suddenly we all hell breaks loose as they rush to help Tanya and her family and everyone else that is held prisoner by the Lan Kin. 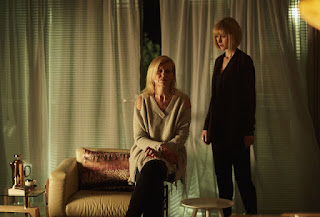 Nightvisiting was an episode that was mainly a huge character building story that helped us learn a lot more about everyone in Class and it especially helped the character of Miss Quill and why she is the way she is.  Funniest part of the episode is Miss Quill reading The Hunger Games and asking if that really happened.   We also find out more about the Quill race and what they went through on their planet and what goes on in their family and it isn’t particularly pretty.

We learn more about April and her mom and why she is avoiding her father. She tells Ram that her father is a drunk and that he slammed his car into another which resulted in April’s man getting Paralyzide from the waist down and her father going off to jail.  We also find out that she has feelings for Ram and he for her also it appears.  This is a new development and will be interesting to see play out the rest of the way.

Tanya is starting to be a pretty good character and the one with all the brains.  She was able to figure out how to stop the Lan Kin and she was also able to use the opportunity to tell her father what she wanted to say before he died of a stroke two years ago.  It was a pretty interesting and tense scenes involving the two and was so far the best written part of Class so far this series.  I really liked the interaction and believed that Tanya is the most rounded out character on Class. 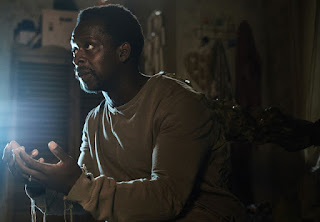 While all this was going on with everyone fighting off the Lan Kin Matteusz and Charlie take their relationship to the next level as Matteusz is kicked out of his parents’ house.  We learn more about the customs of love and sex on Charlie’s planet and surprise it’s the same as it is on Earth.  Charlie just seems to be a clueless character and has no concept of what it takes to stop an alien invasion or but is more in touch to what his boyfriend is thinking.

Nightvisiting was a simple story that delt mainly with character development by using a cheap and simple alien being in the Lan Kin and the green vine like substance it brought through the breatch.  It helped developed the characters more and gave us an interesting story with only a few moments that made you scratch your head why they added those scenes in the story.  So far Class has been better than I expected and hopefully they keep that going.
Grade B