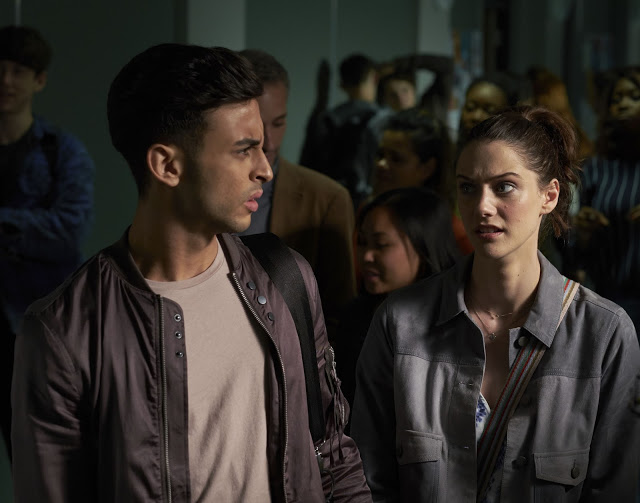 Class:
Co-Owner of a Lonely Heart/Brave-ish Heart
By Patrick Ness

April is having trouble coping with sharing her heart with the king of the Shadow Kin.  To make things worse is that the Shadow King is trying to get full control of the shared heart which would in turn kill April.   It appears that this process is affecting April at school and at home as she has been showing signs of being like the Shadow Kin and even producing their swords out of thin air.   Ram is there to help April cope with what is going on and to make matters worse is that Aprils dad is trying to get in touch with her and she doesn’t want anything to do with him.

While that is going on Miss Quill is meeting with Dorothea Ames who is now the new head teacher taking over for the deceased Mr Armitage.  She tells Miss Quill how the Govenors are interested in her and have a pretty nice offer for Miss Quill which is too good to not accept.  In exchange Miss Quill must help Miss Ames to get rid of the killer flower petals that are falling to Earth.  It appears that the flowers will suck the blood out of you and when they feed they multiply.  If this threat is not taking care of the flowers will soon smother everyone in London. 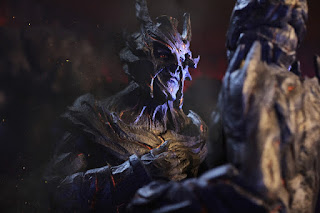 This is the first two part story for Class and I really did not care for it all that much.  While Class has been better than I expected and the last couple of stories had been pretty good I just could not get into this story and it felt pretty cheesy.  It was way over the top with the emotions from April with all that she was going through that it just felt unbelievable to me.  With the Shadow Kin leaking into her causing her all this angst that she felt the best thing to do after threatening her father the first time was to have sex with her boyfriend Ram.  Yep when people have anxiety attacks and are being taken over by an alien there is always time to have sex with your boyfriend and then be stupid enough to get caught by your mom.  Yeah this was pretty unbelievable and really did not add anything to the story.

I really was not all that interested in April and the Shadow Kin King for the most part.  That part of the story just got pretty silly and then all the parents got involved to just hang around waiting for Ram and April to come back from the Shadow Kin dimension where April took on the Shadow King in a duel and wins.   Then she becomes ruler of the Shadow Kin and orders the Shadow Kin to kill the killer flowers.  Plus during all this she somehow figures out to use her power to heal her mom’s spine so she can walk again.  How many cheesy and head shaking things can they squeeze into this story?  Apparently quite a bit of them it seems. 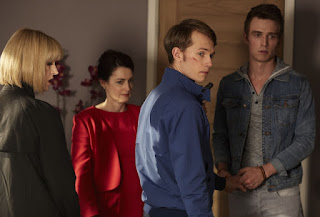 I really enjoyed the story that featured Miss Quill and Dorothea Ames.  With them dealing with the pretty lame killer flower pedals was far more interesting than watching April mope along with her problems.  We find out a lot more about the Governors and Miss Quill learns that Charlie was lying about the Cabinet of Souls and that it does work and can be used as a weapon.  A weapon they find out that can kill the flower pedals and save everyone in London.  We finally get to learn more about Charlie and what type of a person he can be.  This story does seem to pose some questions about Charlie and Miss Quill and their relationship and what type of tension that might be heading their way.

Co-Owner of a Lonely Heart/Brave-ish Heart so far has not been the best story in Class so far and was really not one of my favorites.  It did open up a few new avenues with who might be pulling the strings and made Miss Quill a more interesting character with the new developments that were revealed.  But in all I just could not get invested in this story and those killer flower pedals were just so lame of an alien.
Grade C –