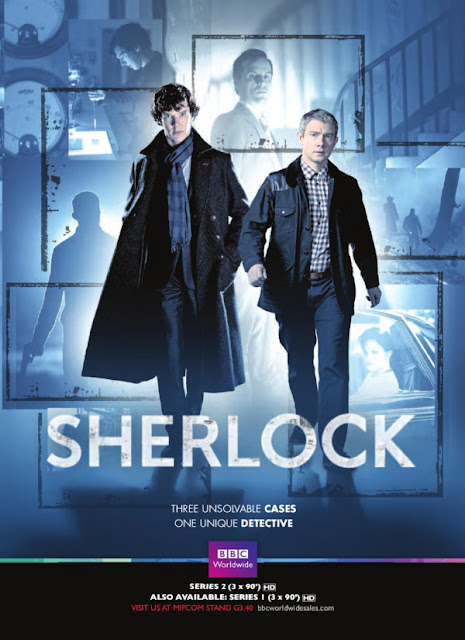 Steven Moffat and Mark Gatiss modern day take on Sherlock Holmes has been nominated for four BAFTA TV Awards in three categories. Even though it was slighted in best drama it was good to see Spooks nominated for it's last series. The categories that Sherlock was nominated in are .

You can read the rest of the nominations here
http://www.dailymail.co.uk/tvshowbiz/article-2134349/BAFTA-TV-nominations-Appropriate-Adult-Sherlock-leads-nods.html