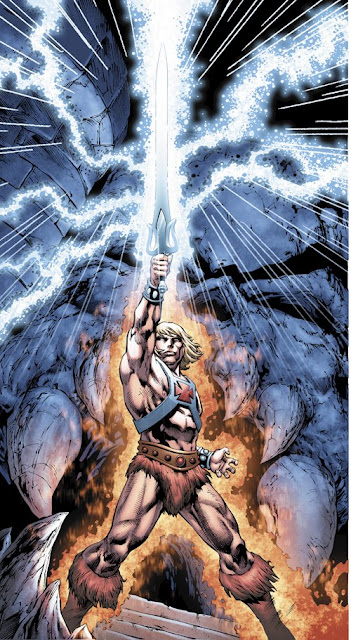 For fans of the 80's cartoon icon can rejoice.  DC Comics is gonna be releasing a brand new He-Man and The Masters of The Universe comic book begining in July.  The book will be written by James Robinson and drawn by Philip Tan and will be 6 issues in total.  You can read the main story over at MTV Geek.
http://geek-news.mtv.com/2012/04/06/dc-comics-he-man-masters-of-the-universe-comic/
Posted by DR5WHO at 5:30 PM

Email ThisBlogThis!Share to TwitterShare to FacebookShare to Pinterest
Labels: Comic Books, DC Comics, He- Man and The Masters of the Universe, He-Man