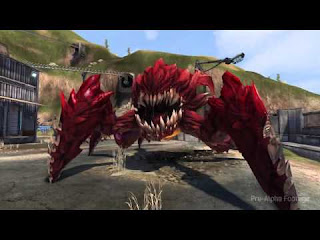 The Syfy Channel has announced quite a few new projects for near future.  Among the 28 projects there is a new show called Defiance which is a post apocalyptic setting starring Julie Benz (No Ordinary Family) and Grant Bowler (True Blood).  The series will be heavily connected to a video game being released at the same time.  Produced by Rockne O'Bannon (Farscape) and directed by Scott Stewart (Preist), the series should be out in 2013.

Other projects include Eyes of the Dragon, based on Stephen King's novel and a TV adaptation of the movie The Adjustment Bureau.  For more info see this

Email ThisBlogThis!Share to TwitterShare to FacebookShare to Pinterest
Labels: defiance, eyes of the dragon, syfy