Goodbye to 12 - Doctor Who - The Zygon Invasion Review 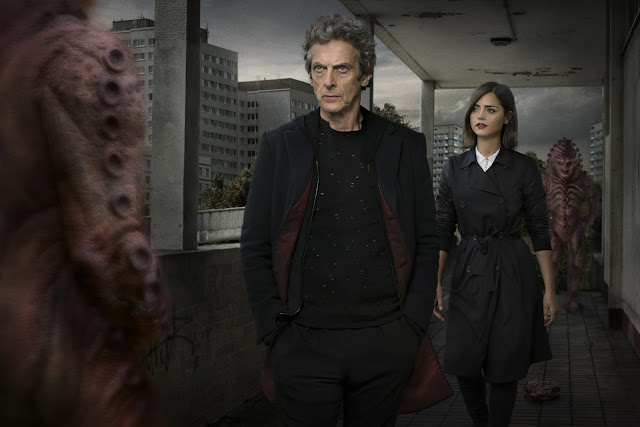 If you haven’t guessed by now The Zygon’s came back in 2015 and I was really happy for their return.  Since the 1975 Tom Baker story Terror of the Zygons I have always wanted to see The Zygons return and after they appeared in The Day of the Doctor I had a feeling we would see them as they would want to use those expensive costumes again.  What I didn’t expect and what has turned out to be a pretty good idea is that The Zygon Invasion is a loosely based sequel to the 50th Anniversary story as it builds upon the peace treaty between The Zygons and the humans. 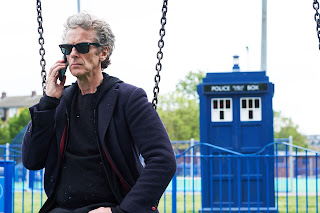 I really liked the idea of continuing the story from The Day of the Doctor.  They could have just left it as is but they have decided to expand on it and so far they have come away with a pretty good first part to this two part Zygon story.   I liked how they set it all up with the two Osgoods who are protecting the peace and that they have a solution if the peace is not kept.  I also liked the explanation of the two Osgoods also and what happened to the other one when she found out her sister had been killed.  It is also a pretty clever plot device in not divulging which Osgood we have as The Doctor says she is part human and Zygon like a type of hybrid.   So far everything is being set up pretty well in this story as The Doctor arrives to find things are getting out of hand. 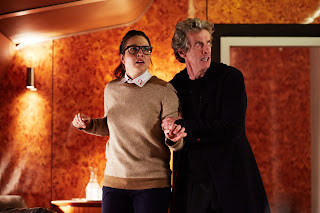 This story seemed to be pretty political in nature.  I’m not an expert in UK politics but it was pretty plain to see that with 21 million Zygons on Earth did remind me a bit about the refugee crisis going on in Britain.  Plus it also reminded me of the problem with terrorists when you attack one off shoot you make them martyrs thus helping their cause.  That was what The Doctor was trying to stop with the UNIT attack on the church.   Doctor Who has always been political in the past and science fiction has always had a political message to it and you can say they go hand and hand. 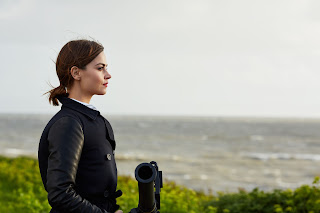