Goodbye to 12 - Doctor Who - Smile Review 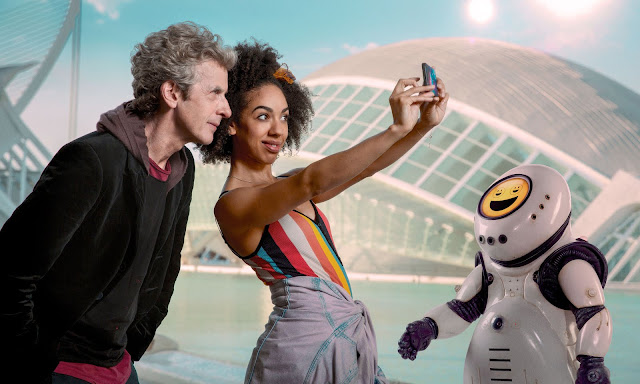 When this story was first announced, and from what was shown during the trailers, I thought this story was going to be really stupid and be one of the worst of all time.  Well for Sleep No More and Love and Monsters their title of one of the worst stories ever is still in their possession.  Smile was in fact a very entertaining and enjoyable story.  I never would have thought a story about Emojibots would be entertaining or in that fact good considering the writer is the same that gave us the very forgettable "In the Forest of the Night". 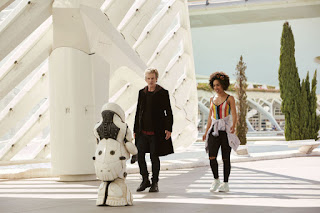 What was good about this story was that it was the tried but true robot turning on it controllers like in “Robots of Death” and “Voyage of the Damned”.  I like that type of story and done right make for really good Doctor Who stories and by adding in the unhappiness of the colonist into the mix it makes for a very robotic version of “The Happiness Patrol”.  With the Emojibots in charge of keeping everyone happy they have to eliminate anyone who is not happy.  The solution to that problem is to kill the unhappy colonist.  The Emojibots didn’t have basic human emotions programmed and did not understand grief especially when the first colonist died.  Thus begins the mass killings.  While the solution at the end was pretty simple and once again resorted to a reset button it was a pretty satisfying solution and one that didn’t result in the destruction of the robots.  Sometimes the simplest solutions are best and for “Smile” it works. 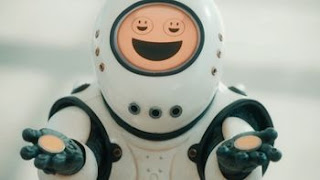 “Smile” also has something in it that does not happen all that often, The Doctor being wrong.  At first he thinks it would be simple to just blow up the Emojibots and the mini robots that make up the city but what Bill finds is that the colonist are already on the planet.  So The Doctor has to backtrack and stop the ship from blowing up.  This is pretty clever as it shows that the solution is not to always blow things up hence reverting to the reset switch solution to prevent the colonist from doing the same thing. 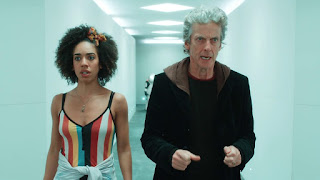 While “Smile” was a pretty simple story it did continue along with the classic Who feel to it that “The Pilot” started.  I think that has to do with the way they are dealing with The Doctor and Bill during this series and having it be a  traditional Doctor and companion relationship instead of the Clara Show that we have had previously in series past.   So far Series 10 has gotten off to a good start and it’s been enjoyable so far unlike the way I felt about most of Series 9.
Grade B.