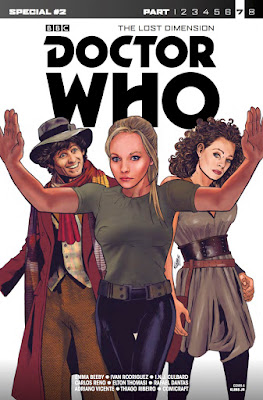 Out today are two Doctor Who comic books and both of them are for the Lost Dimension story line that has been going on the last couple of months.  Lost Dimension Special 2 and Omega are the last two parts of this story line as this eight part story comes to an end.  You can buy these two books at your local comic book store.

The truth behind the unforgettable journey of Jenny, the Doctor's daughter, revealed!

And River Song goes her own way, even as the universe falls apart around her! 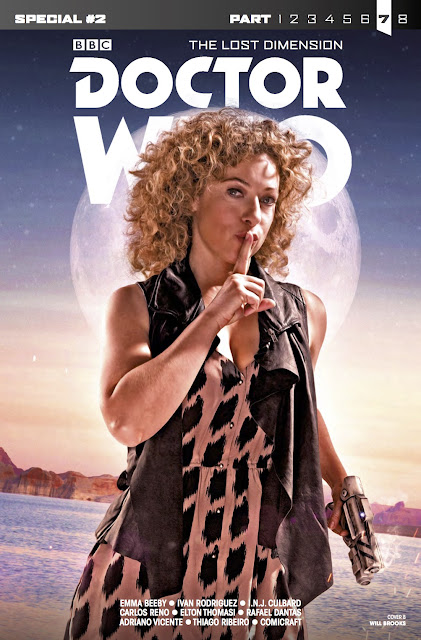 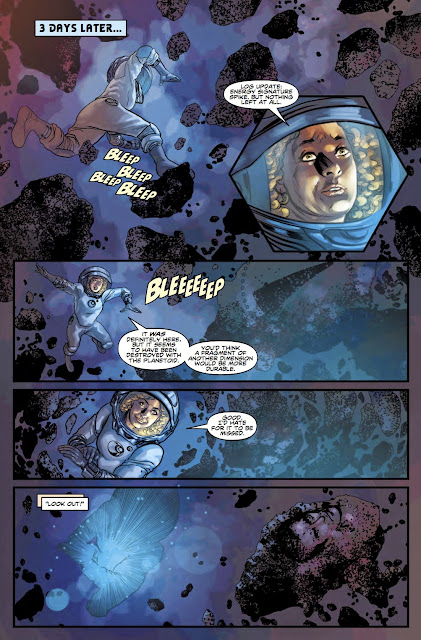 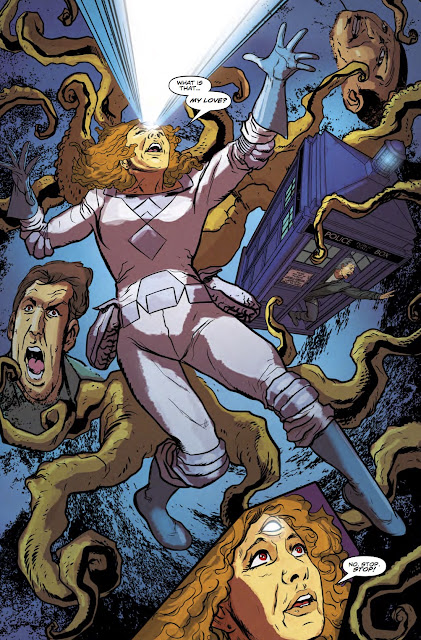 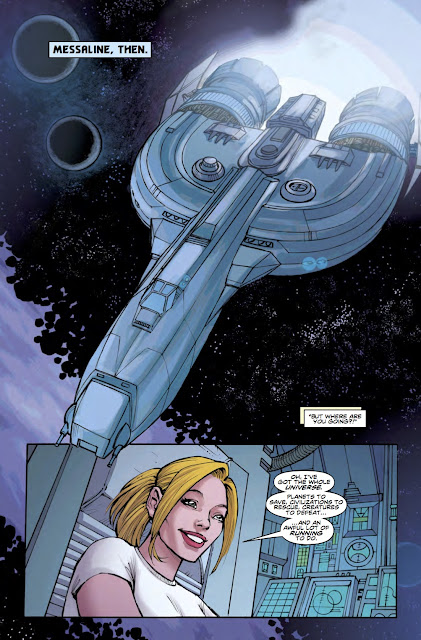 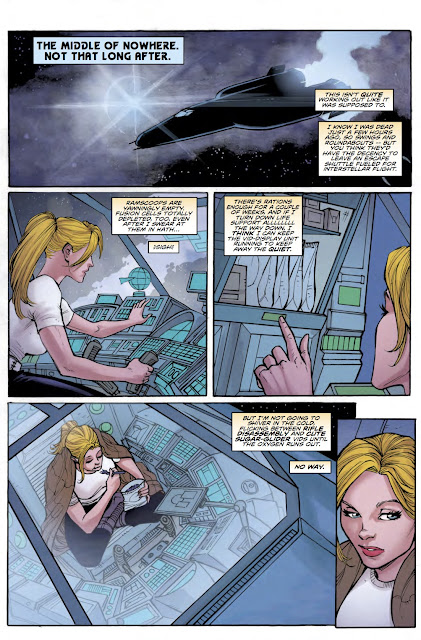 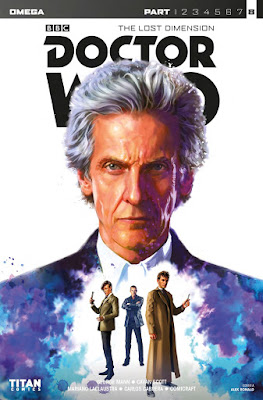 FINAL ISSUE OF THE LOST DIMENSION!

The thrilling conclusion to this year's event! As the universe slips away into the void, the Doctors are brought together to face a foe as colossal as it is unlikely!

The rules of time and space, cause and effect, break down completely, and the Doctor is all that stands between Earth and annihilation! 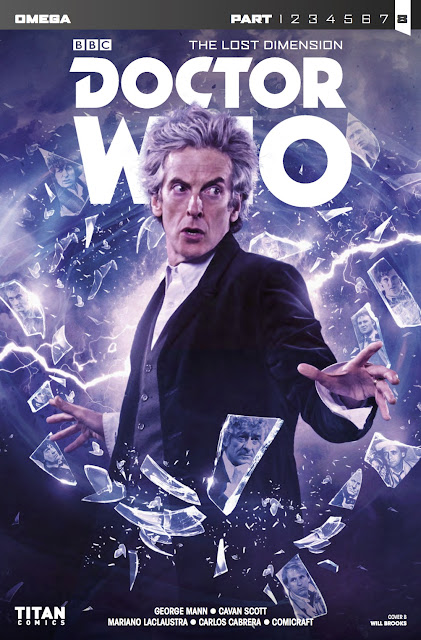 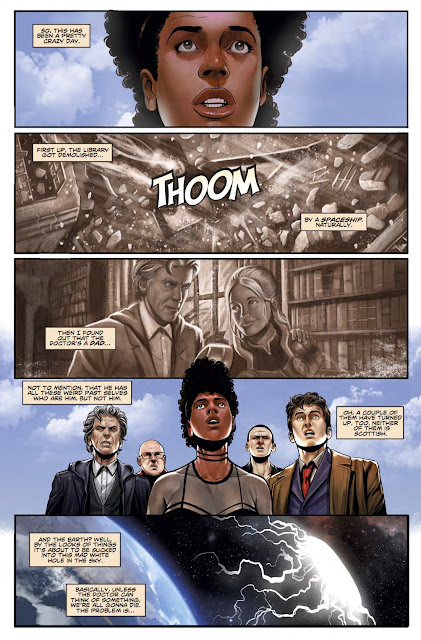 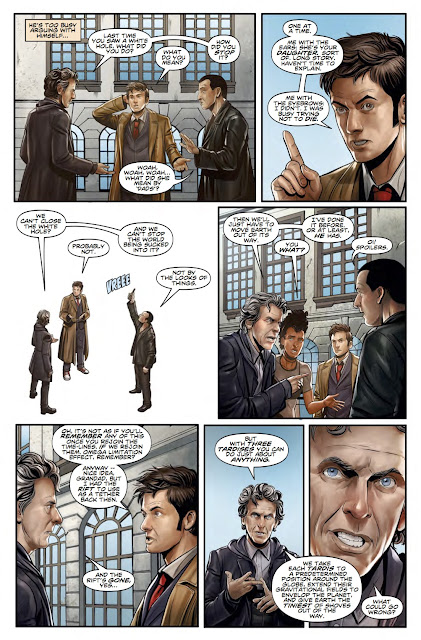 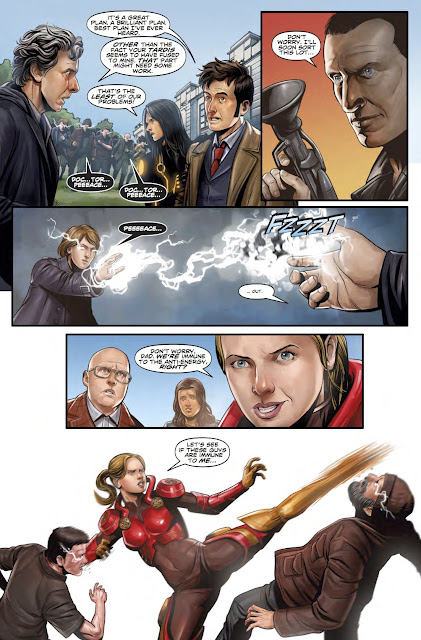 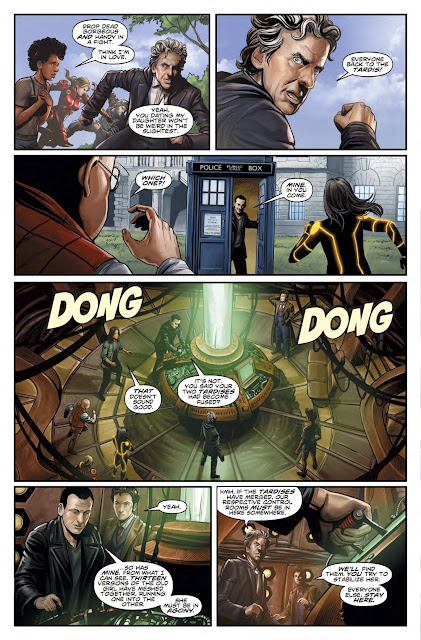