Doctor Who Director Paddy Russell Has Passed Away 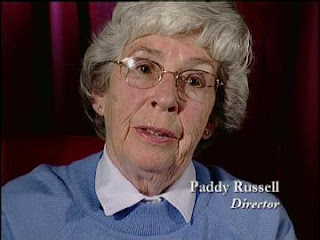 The first woman to direct a story of Doctor Who and one of the first woman directors at the BBC has passed away at the age of 89.  To Doctor Who fans she is known for directing the stories The Massacre, Invasion of the Dinosaurs, Pyramids of Mars and Horror of Fang Rock.  She has worked on a lot of British TV most notably The Newcomers, The Moonstone, Z Cars,  and Emmerdale Farm. You can read more about her at this link.
http://www.doctorwhonews.net/2017/11/paddy-russell-1928-2017.html
Posted by DR5WHO at 9:26 AM

Email ThisBlogThis!Share to TwitterShare to FacebookShare to Pinterest
Labels: doctor who, Paddy Russell